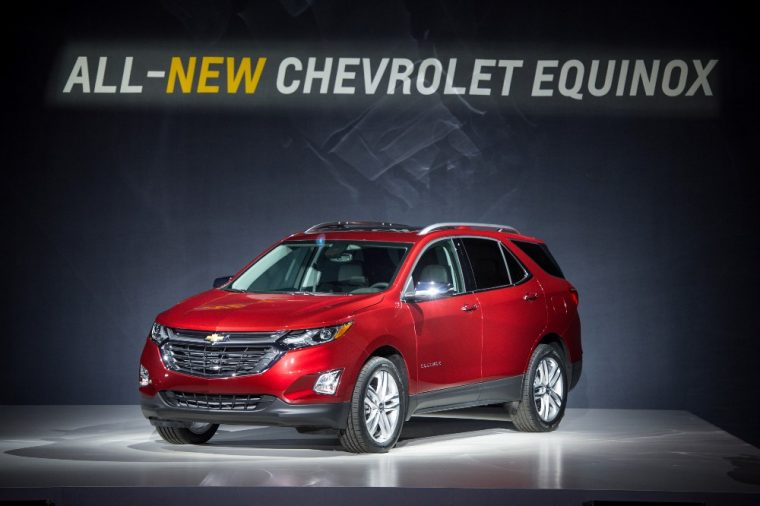 It’s been an awfully busy year for the Chevrolet brand and it doesn’t appear to be slowing down any time soon.

With so many new models coming out, including an all-new Cruze Hatchback, a 650-horsepower Camaro ZL1, and an updated Silverado HD; one might think the bowtie brand would be done revealing new vehicles this year. However, on the first day of the autumn equinox, Chevy pulled off yet another surprise by unveiling the all-new 2018 Equinox compact SUV in front of a large crowd at the Chicago Museum of Science and Industry.

Powertrain Options: Discover the differences between FWD, 4WD, and AWD

The biggest change for the Equinox is that it now uses the same platform that can also be found in the latest version of the Cruze sedan. By using this new platform, Chevy was able to trim approximately 400 pounds off of the vehicle, but the updates certainly don’t stop there.

Using design cues from the aforementioned Cruze, as well as the new Malibu sedan, the 2018 Equinox features a more stylish and athletic appearance than the current model. Visual highlights include a dual-port grille and LED taillights.

On the inside of the updated Equinox, buyers will have the choice of either a 7-inch or 8-inch Chevy MyLink infotainment system that will be compatible with Android Auto and Apple CarPlay. In addition, this new compact SUV will boast up to 63.5 cubic feet of maximum storage space.

The changes don’t stop there, though. The 2018 Chevy Equinox also comes with a host of new safety features that might lure in even more buyers looking for a safe family ride. Chief among these new technologies is the rear seat reminder system that made its debut in the 2017 GMC Acadia. Other safety systems offered with the ‘18 Equinox include low-speed automatic braking, rear cross traffic alert, surround vision, forward collision alert with following distance indicator, lane keep assist with lane departure warning, safety alert seat, and lane change alert with side blind zone alert.

Another major update regarding the 2018 Chevrolet Equinox comes in the form of its new powertrain options. For the 2018 model year, consumers will get to choose between a 1.5-liter turbo-four, a powerful 2.0-liter turbo-four, and an efficient 1.6-liter turbo-diesel, which makes the new Equinox the only compact SUV in the US to offer a turbo diesel. Furthermore, General Motors has estimated that when equipped with this new diesel engine, the 2018 Equinox will be good for up to 40 mpg on the highway.

“With three choices, customers can select an engine that offers more of the attributes that are important to them: efficiency, performance and capability,” said Dan Nicholson, vice president, Global Propulsion Systems. “The advantage for each is the power of a larger engine and the efficiency of a smaller engine.”

The 2018 Chevy Equinox is scheduled to go on sale early next year. However, General Motors has yet to reveal pricing information for the new compact SUV.

Dare To Compare: Take a look at the 2016 Equinox to see how it stacks up against the new model

Video: Check Out the All-New 2018 Equinox