The Angry Video Game Nerd Reviews Big Rigs, “The Worst Game Ever Made”

What game do you get for the Nerd who's played the worst games ever made? How about the actual worst game ever made.

A while back, I spotlighted the videos of YouTube celebrity Flula and took the opportunity to discuss my inability to understand the appeal of famed internet moron PewDiePie. Despite a number of folks coming to his aid and suggesting, among other things, that screaming into a webcam is one of the hardest jobs a person can be cursed with, I still don’t see the appeal. I suspect I’d be more liable to get it if I dropped a couple dozen IQ points, but I’m not willing to incur the blunt force trauma to the skull it would require to find out. I did however mention a few great things on YouTube, one of which is The Angry Video Game Nerd. 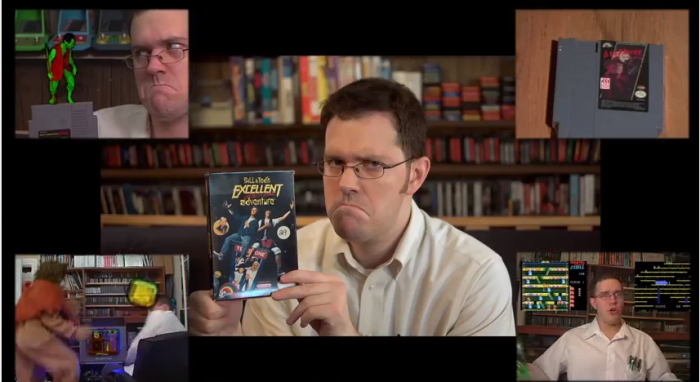 The Angry Video Game Nerd is a character portrayed by James Rolfe of Cinemassacre. For 118 episodes that span more than a decade, Rolfe has effusively expressed his anger and disbelief at some of the worst video games ever made while providing a surprising amount of insight into what makes the games so bad. He’s perhaps best known for his penchant for foul language, but his videos have evolved over the years, and his production values have evolved along with them (again, PewDiePie, they’re called “production values”). 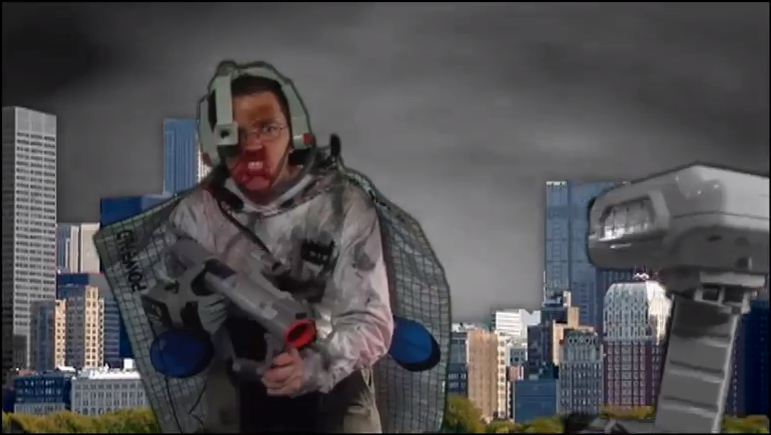 Back in 2012, Rolfe raised $325k on IndieGoGo to fund an Angry Video Game Nerd movie, and Freakzone Games (makers of the superlative Manos: The Hands of Fate mobile game) released the equally excellent Angry Video Game Nerd Adventures in 2013. He’s the definition of a self-made YouTube star, just like PewDiePie, except without instilling in people the urge to smash their computers to death whenever his face appears, unlike PewDiePie.

This week, the latest episode of The Angry Video Game Nerd hit Cinemassacre and YouTube. In it, the Nerd takes a look at what has been hailed by many as the worst video game ever made: Big Rigs: Over the Road Racing. Now, if you’ve played Superman 64, E.T. the Extra-Terrestrial, Shaq Fu, or Ride to Hell: Retribution, you might be thinking that Big Rigs couldn’t possibly be the worst. 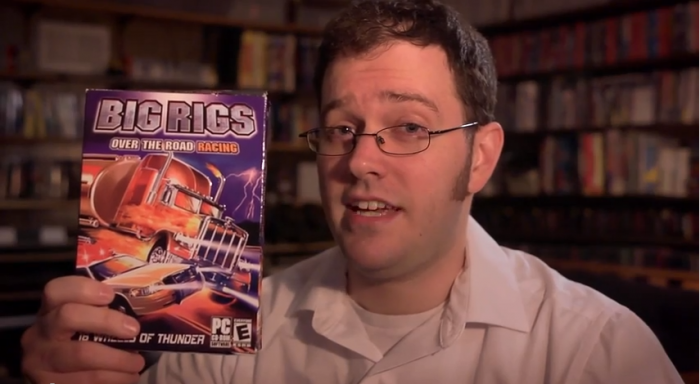 The Nerd’s reaction, surprisingly, is not one of rage. In fact, the Big Rigs episode might actually be the Nerd at his most subdued (not counting his excellent four-part Castlevania retrospective). Rather, The Angry Video Game Nerd can’t help but laugh at how terrible this thing is. Big Rigs: Over the Road Racing is so bad, it’s good. It’s so bad, it’s hilarious. It’s so bad, it drops you into a brain-melting state of madness. 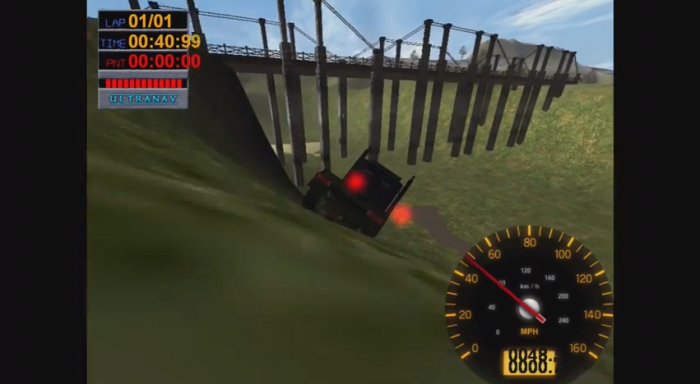 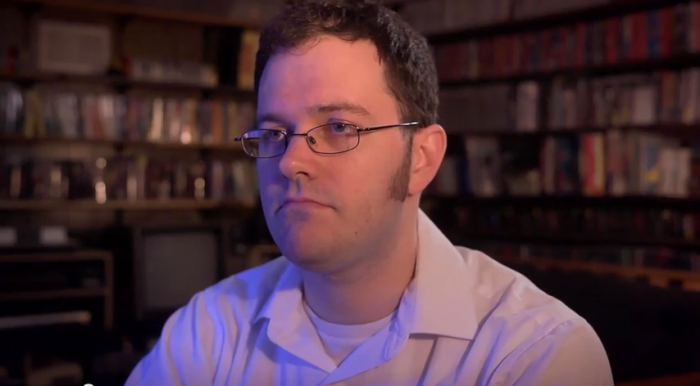 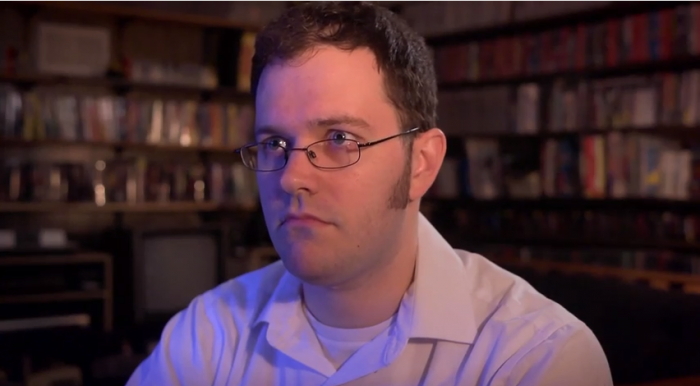 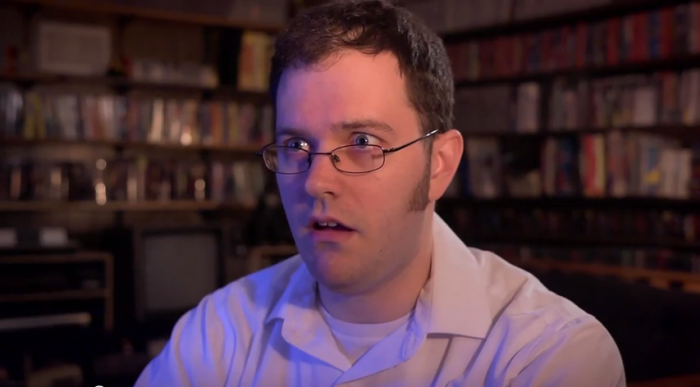 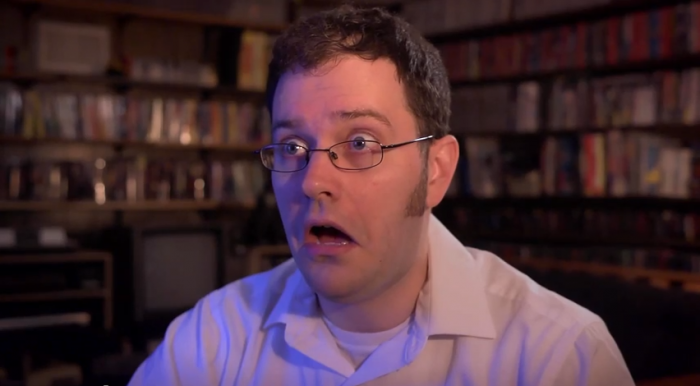 So what makes Big Rigs: Over the Road racing so bad? 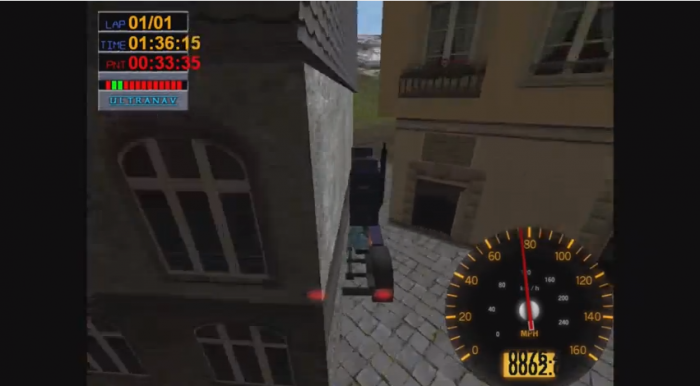 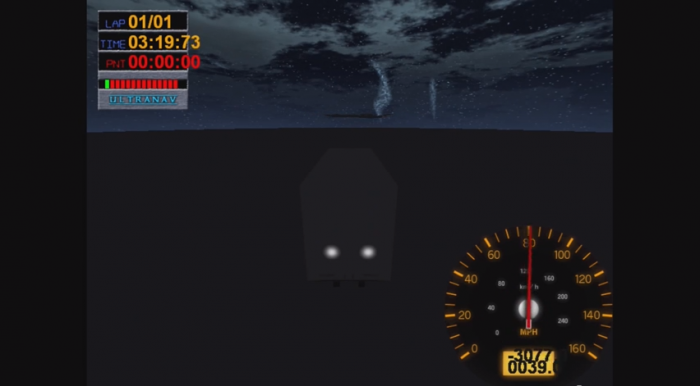 Oh, and there’s this gem. 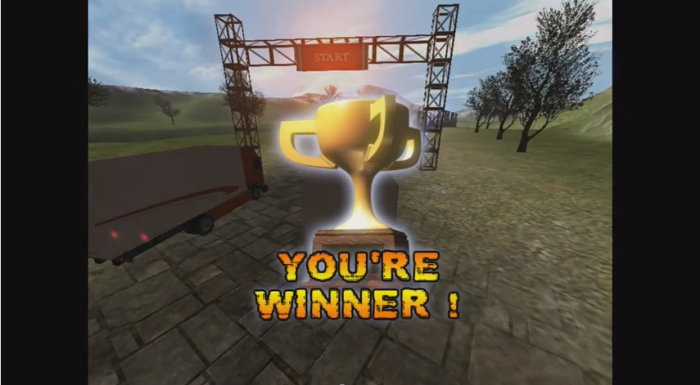 Yes, that is correct. YOU’RE WINNER!

So what is The Angry Video Game Nerd’s final verdict? After suggesting that the ability to drive through and over anything without being impeded is awesome, he ultimately determines that Big Rigs: Over the Road Racing is “not even close to a finished game.”

“It’s the worst game ever made, and I’ve played a lot…in terms of functionality, this is an all time low.”

Some of the Greatest Hits from The Worst Game Ever Made

Oh, and here’s a bonus: if you remember the controversy that sprung up last year over a DayZ rip-off job called The War Z (now known as Infestation: Survivor Stories and available on Steam for the still-too-high price of $1.49), it may not come as much of a surprise that executive producer Sergey Titov was also responsible for…you guessed it…Big Rigs: Over the Road Racing. Keep trying, Sergey. I’m sure that, one day, you’ll make a game that people won’t hate.

So there you have it. Big Rigs: Over the Road Racing is the worst game ever made. So sayeth The Angry Video Game Nerd. Somebody tell PewDiePie this is how you should Internet.