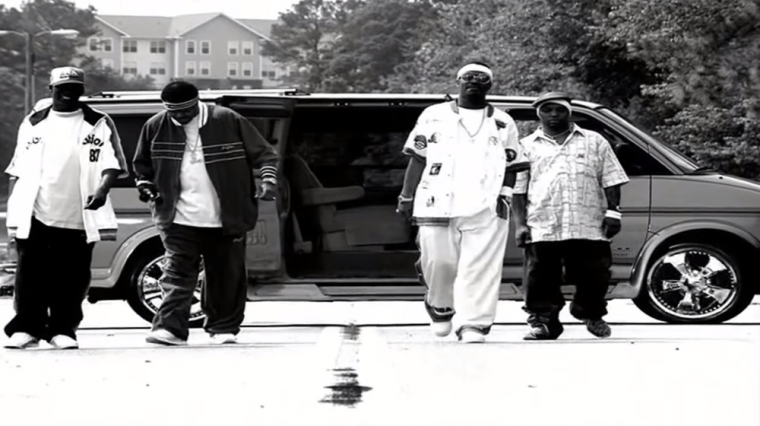 There are a number of unique aspects worth appreciating when it comes to the use of aftermarket car products. From a custom paint job, to neon lights, or even a hydraulic kit; all of these customizations allow the owner to add his or her personal touch to a vehicle, thus allowing them to express themselves to everyone sharing the road with them.

Perhaps the best part thing about aftermarket car products is how it hass inspired a lot of great music videos, especially from hip-hop artists who use their influence to establish trends that can take hold of the country. Most people never heard of spinning rims before rap group Three 6 Mafia released the track “Ridin’ Spinners” in 2003; then soon after the specialty item was popping up almost everywhere.

Here are five of the best hip-hop music videos that were inspired by aftermarket car products.

Webbie never released an official video for “Six 12’s,” but the song was so well received that he never had to. The six 12’s that Webbie was referencing, just in case you didn’t know, were the six 12-inch sub-woofers he had in the trunk he used to blast his music. Webbie explained in the song that his speakers were so powerful–that if he wanted to–he could break all the glass in his vehicle by turning up the bass.

Despite their obvious talent, much of this rap group’s music was too intense and explicit for the mainstream, so for many hip-hop fans, this song was the first time they got the chance to see a Three 6 Mafia music video. As the song’s title suggests, this track was inspired by spinners, which are rims where the inner wheel decoration spins separately from the rest of the wheel, so when the vehicle stops, the rim just keeps on spinning.

Fresh off the success of his debut album that featured the singles “No Hands” and “Hard In The Paint,” Mr. Flame released his sophomore disc in 2002, which featured this hype track that showcased his passion for the high gloss and brightly colored paint schemes, which many car enthusiasts have applied to their vehicles for extra flare.

This was the song the propelled Mr. 281-330-8004 into the spotlight and also helped kick-start Houston’s hip-hop dominance during the mid-2000s. In case you didn’t understand the song’s chorus: “Tippin’ on four fours, wrapped in four vogues,” tippin’ is another word for cruising and four four’s is talking about a popular rim that was produced in 1984. Then, of course, the four vogues are the tire of choice to be wrapped around those specialty rims.

According to the lyrics in the song, if they can hear you before they see you, that means you have King Kong in the trunk. Loud sub-woofers or any other type of powerful stereo system that vibrates everything around you would probably qualify as “King Kong” status. In the middle of the ringtone rap era, you would hear this tune at almost every restaurant you visited when somebody received a test message.