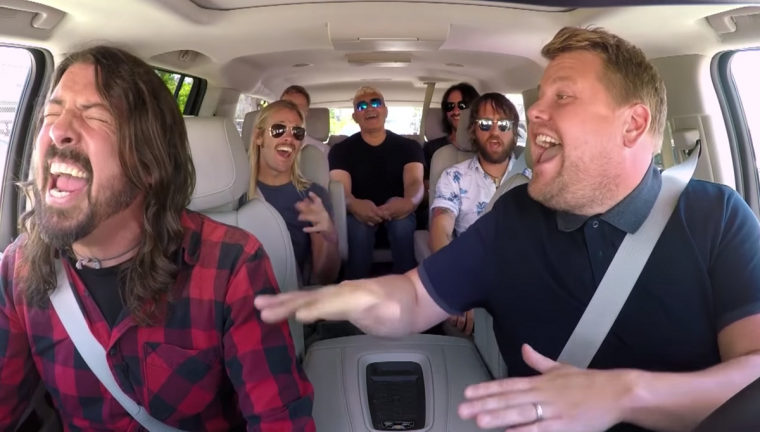 Last month, James Corden featured the Foo Fighters on Carpool Karaoke. The six-person ensemble piled into Corden’s car, with lead singer David Grohl grabbing shotgun, and the crew drove around, belting hits along the way, even making a stop at Guitar Center for an impromptu show.

But, while the episode itself may have seemed all fun and games, it may not have been as positive of an experience as we thought. In an interview with NME, several members of the band described their experiences inside James Corden’s car, and they all seemed to have the same general consensus: it was awkward and “a little bit uncomfortable.”

“By hour three in dude’s car, it got less fun,” said guitarist Pat Smear. “It kinda went on. When we stopped at Guitar Center, that felt like we were done, but it was like, ‘this is halfway.'”

Choose Your Drivetrain: Benefits to buying a four-wheel drive vehicle

It appears that the band was fine with James Corden; they even assured NME that Corden was a real music lover. Rather, they were put-off by the concept of Carpool Karaoke itself. They didn’t like the idea of singing their own songs in the car.

“I don’t mind singing my own songs at Glastonbury or The O2,” said Grohl. “But if I had to sing you a song right now, I’d be too embarrassed.” Grohl also explained that they did sing other artist’s songs, but it wasn’t included in the final cut. “We did The Ramones, and Rick Astley, but they didn’t use it. I don’t know why.”

It’s understandable that after three hours of filming, the six men were a bit worn down with the process. But agreeing to be on Carpool Karaoke when you don’t like singing your own songs is a bit like skydiving when you’re afraid of heights. If they’d seen Carpool Karaoke before, they’d know that was kinda the whole point.

Fall Service Tips: How to protect your vehicle before winter arrives