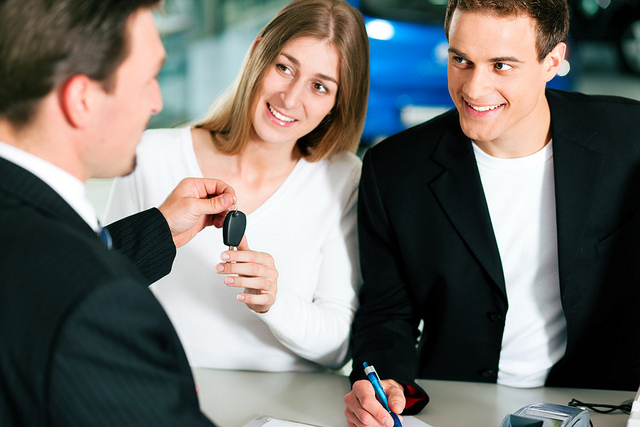 Vehicle to vehicle, or V2V, communications is one of the technologies often discussed when talking about the future of the car industry. However, so far, the only vehicle featuring V2V communications is the Cadillac CTS sedan, which greatly limits the effectiveness of the system.

What V2V technology really needs is someone to install it in a large fleet of vehicles, and this great hero comes to us from an unassuming source in the Midwest: a fleet of rental cars in Kansas City, Missouri.

Avis Budget Group Inc has announced that it has launched its first fleet of cars that are connected to the internet, other vehicles, and to Avis via wireless technology, making up all 5,000 cars in the Kansas City fleet.

While this fleet will unfortunately not be using its abilities in the way that V2V proponents would choose, this fleet is the first of its kind, and the connected car technology offers Avis a number of new abilities.

First, it would allow Avis to make a number of processes that currently need someone to manually complete them automated—Avis Chief Executive Officer Larry De Shon said this would give each car the ability “to say ‘I‘m on the lot, I‘m cleaned and serviced, and I‘m ready to be rented.’” The connected cars would also make possible rentals entirely managed using the Avis app, including operating the door locks or honking the horn via smartphone.

Good Ideas: Here is how to you can improve a poor credit score

In addition, the connected fleet would be used to collect data to study Kansas City’s traffic, and will be used to help improve the city’s parking apps and tourist experience—for example, Reuters reports, if a driver’s phone shows that they are interested in history, the car may give them a push notification recommending a visit to the National World War I Museum and Memorial.

As this is the first rollout of a connected car fleet, the effects of it are still unknown. Kansas City’s chief innovation officer Bob Bennett summed up the new fleet trial, saying, “This is fertile soil that has not yet been farmed. I think it’s going to be a bumper crop, I just don’t know what the hell it’s going to be yet.”