“The Norwegian Hammer” Drifts Scion tC to Victory in Montreal 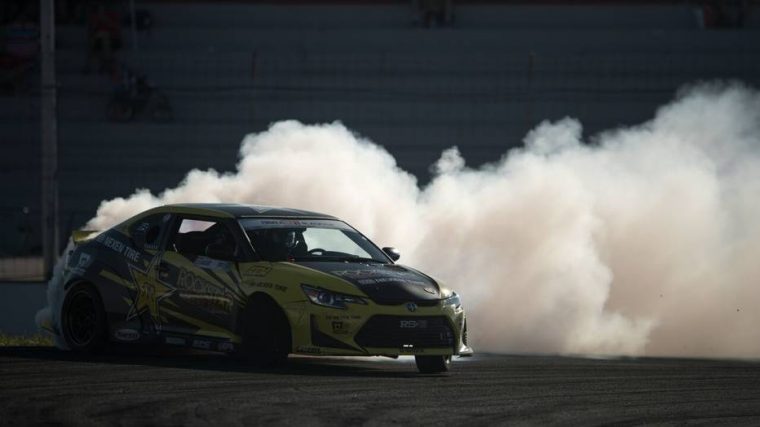 Scion may be reintegrating itself into the Toyota brand, but that doesn’t mean the cars it has already produced are going anywhere—or that they’re any less good.

Fredric Aasbø, nicknamed “The Norwegian Hammer” (how cool is that?) has just claimed his eighth career Formula Drift pro win at Autodrome St. Eustache outside of Montreal, Canada, at the wheel of a Scion tC.

The tC is the only Scion that will not be rebadged into a Toyota as part of the transition, so perhaps this is Aasbø’s way of doing the car justice. Then again, with 1,000 horsepower and 850 lb-ft of torque under the hood, his is no regular tC.

Like figure skating and gymnastics, drifting is a sport where judges decide the winner. You could even say that drifting is a form of automotive figure skating, as it offers an incredible visual spectacle and makes you wonder how in the world they can possibly move their car around the way they do.

In the final elimination rounds, two drivers performed drifts side by side around St. Eustache’s 0.40-mile oval and infield road course. The Norwegian Hammer’s Scion tC went up against a Hyundai Genesis in the semi-final and a Nissan 370Z in the final, winning the hearts of the judges both times and securing Aasbø’s second pro victory in this year’s championship. That brought him just three points behind the current leader in the standings after a difficult start to the season.

It almost makes you regret that the Scion tC will no longer be sold after next month. Then again, given its dwindling sales ever since 2009, it’s unlikely that anyone without an interest in tuning was going to buy one anyway.