The Onion Teaches You How to Get Revenge on Bad Drivers 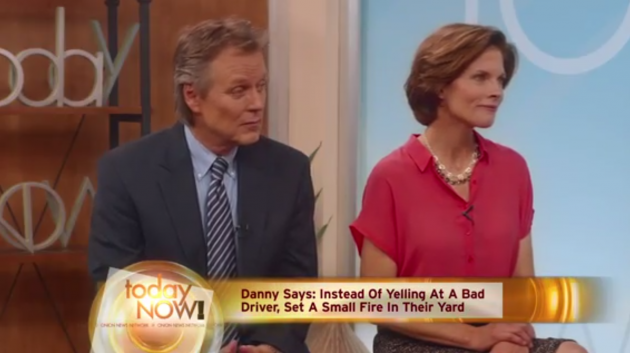 Some of our favorite automotive news comes from The Onion, from their statistical breakdown of what we will eventually get around to bringing in from the car, to their recent list of winter weather driving tips that recommends wrapping your tires in snow chains “so your car can feel the same way you do.”

However, we usually don’t report news from The Onion, namely because it’s not actually news. And although people mistaking The Onion for a real news source is hilarious, we wouldn’t want to steer our readers wrong by running a satirical story.

Having said that, this new video featuring The Onion’s morning news show parody Today Now! is too hilarious not to share. In it, a (very) defensive driving instructor recommends that people cope with road rage not by getting mad, but by getting even going mad.

Funny Car News: “Mustang” One of the Most Common Passwords on the Internet

For the record, we would never endorse any of the advice that “Danny” gives in this segment. It should be remembered that the Onion is a source of fake news, even if some of their stories don’t seem that far-fetched.