Similar to Chevy’s TV spot about the 2018 Cruze, the latest commercial about the 2018 Malibu emphasizes the sheer number of features that this model offers. Whereas the Cruze commercial features young millennials, the Malibu video features a slightly older group of drivers (that most likely have children, as one of the individual’s comments later on indicates).

The video begins as the Chevy sales person asks the group to choose the top three features they’d want their next vehicle to include. A turbocharged engine, a J.D. Power “2018 Most Dependable Midsize Car” status, fuel efficiency, and safety ratings are the primary options the group selects during the TV spot. “Gotta think about the babies,” one of the females says, after she selected the 5-star safety rating button on the touchscreen.

The group realizes just how challenging it is to select just three options, when there are so many features they’d want as standard amenities on a new vehicle. “Take ’em all. Just put them all in one car, right?” one of the group members expresses as the rest laughingly agree. “Actually you can,” the sales rep quips, as he segues into the 2018 Chevy Malibu reveal part of the video. 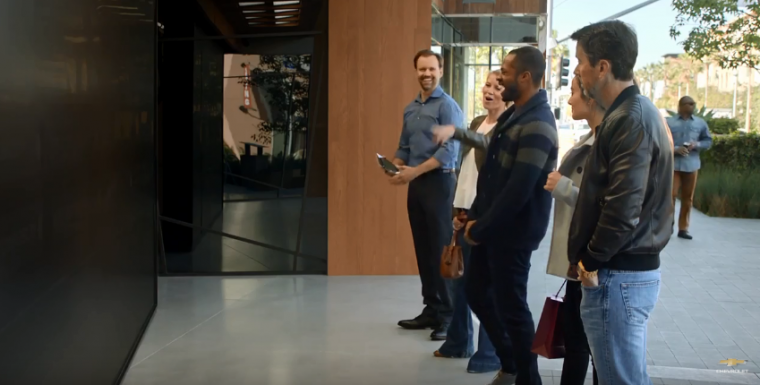 The group eagerly ogles the shiny white exterior body of the sedan, commenting on its attractive appearance. The sales person affirms that the Malibu has every feature listed on the touchscreen, so they didn’t have to limit themselves to just three. This model has a wide variety of features in one sleek profile—everything you need in a sedan, except for a bag of chips, as one of the group members jokes at the commercial’s close. 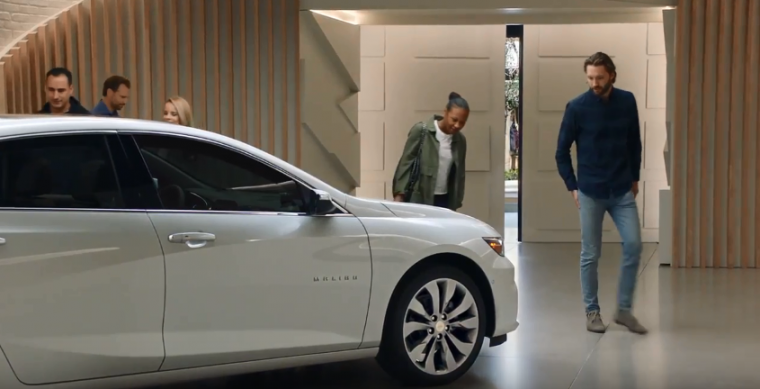 Learn more about the extensive features available on the 2018 Chevy Malibu by browsing the model overview here.

Embellish Your Ride: Accessories to rejuvenate your Chevy vehicle