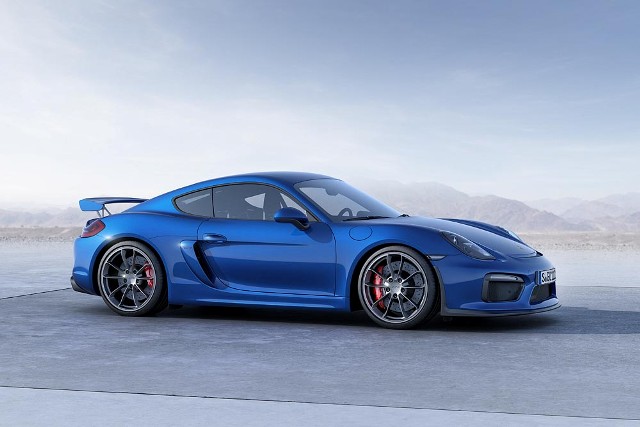 For years, Porsche has been accused of holding back the Cayman’s potential, fearful that it would step on the toes of the great (and much more expensive) 911. This week, Porsche put those claims to rest with the reveal of the Porsche Cayman GT4.

The Cayman GT4 is the first Porsche GT car based on the Cayman and borrows some bits from its big brother, the 911 GT3, mainly in the suspension. The engine is the same you’ll find in a 911 Carrera S, a 385 horsepower 3.8-liter flat six. That’s 45 horsepower more than the next-fastest Cayman, the GTS. If you were hoping for the dual clutch PDK transmission, however, you’ll only find a six-speed manual in the Cayman GT4. 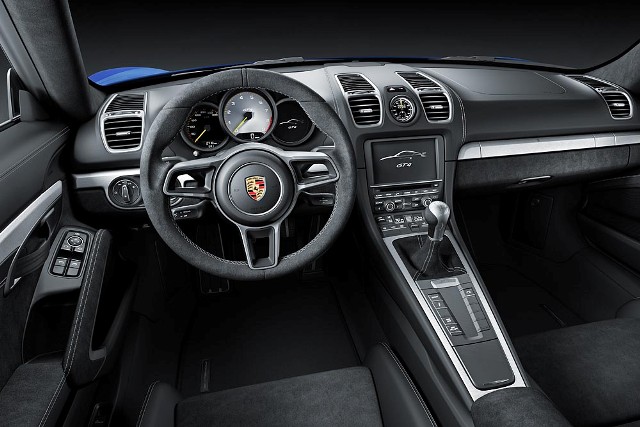 Everyone gets a six-speed!

Zero to 60 happens in 4.2 seconds according to Porsche, and top speed peaks at 183 mph.

The huge wing on the back is part of the aerodynamic package that’s necessary to generate enough downforce to provide the ridiculous lap times that the Cayman GT4 is capable of. The car lapped the Nürburgring Nordschleife track in the same time as the 2011 911 GT3; 7 minutes and 40 seconds. 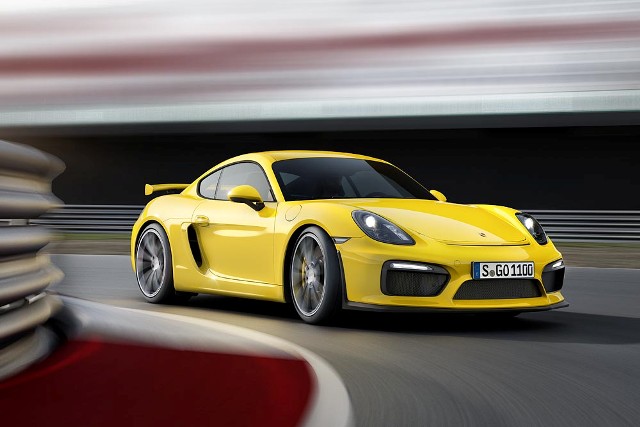 As with every Porsche model, there is a seemingly endless list of options you can tack on. Perhaps the most useful of these on the track are the Porsche Ceramic Composite Brake system, carbon fiber bucket seats, and the Sport Chrono Package.

The Cayman GT4 will appear at Geneva in March and hit dealers in the United States in July, starting at $84,600 MSRP. Not bad when the base 911 Carrera starts at only $300 less than that.

Do you think Porsche will stop here, or is there an even more insane Cayman on the way? We think the Cayman still has more untapped potential.