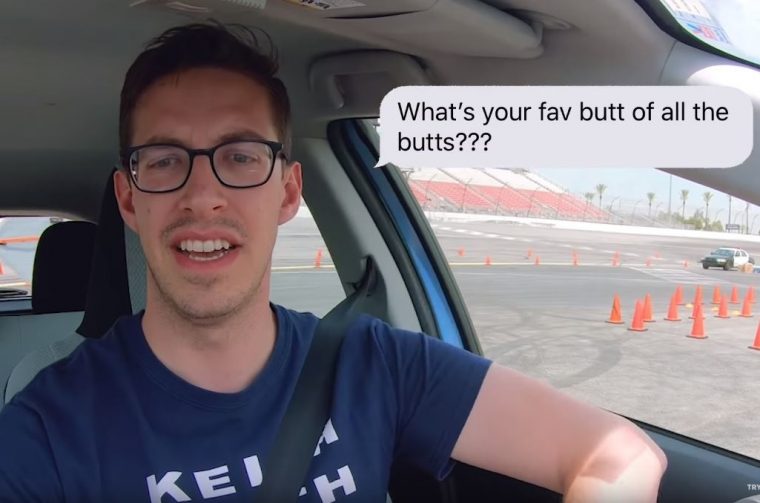 Nothing like your pals asking you about butts to distract you from driving, right?

In today’s world, it’s nearly impossible to meet someone under the age of 40 who doesn’t own a smartphone. (Although, I did know a 20-something coworker who had a flip phone, but that’s another story.) For the most part, people today can’t get enough of their tiny pocket computers — so much that they can’t even put them down while behind the wheel. Distracted driving officially became an epidemic in the U.S. in 2016, after fatalities relating to it caused 10% of vehicle-related deaths, according to the NHTSA.

Over the years, many companies — even the brands providing cell service — have created ad campaigns showing the dangers of texting/using your smartphone while driving. AT&T debuted its “It Can Wait” campaign with many celebrities and well-known figures taking a stance against distracted driving. However, even with that much star power, deaths were still on the rise. So what are we supposed to do to get people to stop committing this incredibly dangerous act? Simple: Get four goofy guys from YouTube to do a series about the dangers of driving under the influence (of many things).

In the final “Texting While Driving” episode of their DUI series, The Try Guys — Keith, Eugene, Ned, and Zach — all get behind the wheel in a closed traffic course and attempt to constantly text without completing destroying Keith’s car. To preface the video, all of the Guys except Eugene admit to using their phones while driving, with Keith even going as far as saying he sees his phone as a feature of his car.

While each of the Try Guys was driving, the others would text distracting and hilarious things, including photos of fried chicken and butts. As you can expect, all of them failed majestically, hitting cones, making unnecessary stops, and driving way too slow. The moral of the story was that it’s not possible to safely drive while texting or using your phone. Imagine that! Hopefully the millions of views on their videos will encourage others to take this seriously and stop this harmful habit.

Ole Reliable: These car brands will stand the test of time