The Various Vehicular Contraptions of the Cat in the Hat

A long list of vehicles used by the Cat, Shows there's much more to him than just a large hat! 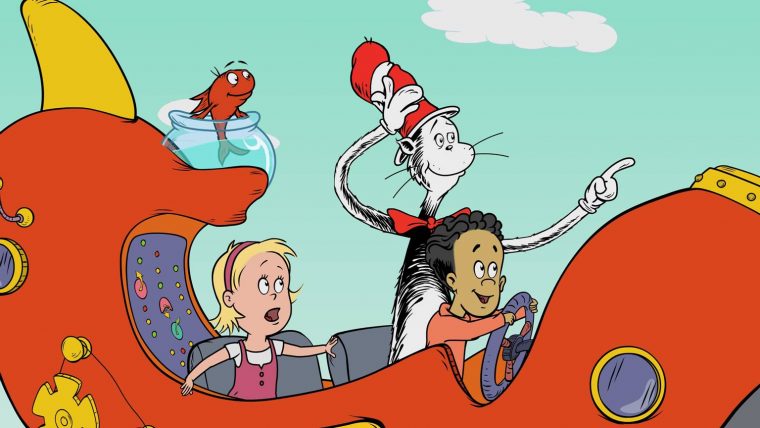 During the Cat in the Hat’s quest for fun
He uses these vehicles while on the run
Photo:PBS

From the Lorax to the Grinch, Theodor Seuss Geisel, better known by his pen name Dr. Seuss, was responsible for creating some of the most wacky and whimsical characters ever introduced to children’s literature. The wackiest and most whimsical of them all would certainly have to be the Cat in the Hat.

As should be expected from a feline that likes to have fun to an extreme degree, the Cat utilizes a wide assortment of eclectic cars and other motorized contraptions during his various appearances throughout the Seuss canon. So to celebrate Dr. Suess’ birthday, we here at The News Wheel have decided to assemble a list of the various vehicular contraptions of the Cat in the Hat.

You’re a Bright One, Mr. Grinch: 8 Reasons why the Grinch would drive a 2018 Chevy Suburban this Christmas 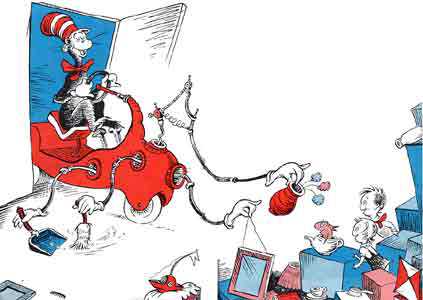 When a messy room needs to look tidy and dandy
This peculiar device sure comes in “handy”
Photo:Penguin Random House

In the original Cat in the Hat book, the Cat’s antics leave a big mess for the two children he visits. Mere moments prior to their mother returning to find to the mother of all messes, the Cat rolls in on a intricate cleaning machine and fixes the entire mess before departing.

The unnamed cleaning machine is comprised of various appendages with hands at the end to literally help pick up the mess he left behind. It even sweeps the floor with a broom for good measure.

The Cat’s cleaning machine does receive an official name in the 2003 live action adaptation of the book, ironically sporting the title of the “Dynamic Industrial Renovating Tractormajigger,” or D.I.R.T. for short. During the movie, the Cat uses the machine to clean the house while a Smash Mouth cover of the Beetles classic “Getting Better” plays in the background. Because that’s a real thing that exists. 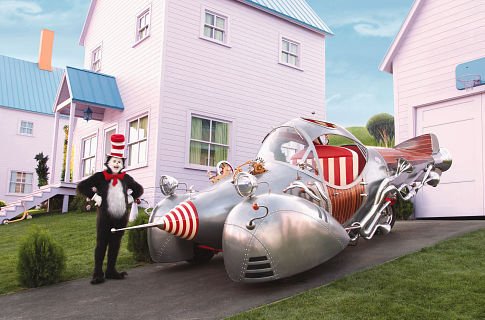 All the ironic naming of cars couldn’t save
The poor Dr. Seuss from rolling in his grave
Photo:Universal Pictures

Speaking of the 2003 adaptation of The Cat in the Hat, the D.I.R.T. isn’t the only vehicle the Cat uses during the film. When it comes time to chase down Sally and Conrad’s dog Nevins, the Cat pulls back a Hummer tarp to reveal a strange looking vehicle.

This is the equally-ironic “Super Luxurious Omnidirectional Whatchamajigger,” or S.L.O.W. for short. The S.L.O.W. looks a little out of place while driving down the road, as most of the other automobiles featured in the film are generic Ford Focus hatchbacks.

The Cat claims that the S.L.O.W. once sported a very different name: the Super Hydraulic Instantaneous…well, you can figure out the last letter based on the movie’s immature sense of humor. 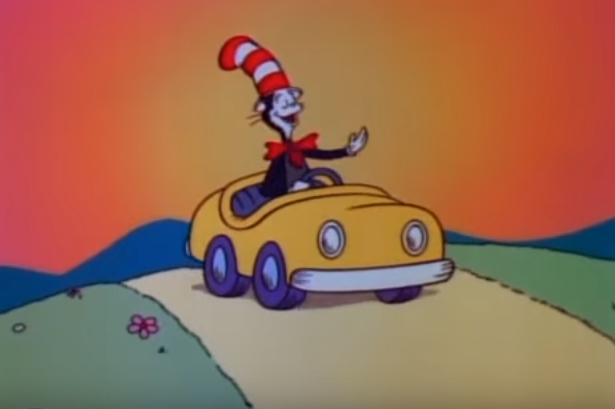 Driving a simple sedan is a cinch
Unless it involves meeting up with the Grinch
Photo:ABC

The Cat in the Hat and the Grinch are undeniably the two most famous characters created by Dr. Seuss. Believe it or not, the two of them actually met once in a 1982 television special called The Grinch Grinches the Cat in the Hat.

The Grinch and the Cat come to blows after the Cat accidentally blocks the Grinch’s path with his car. This isn’t a fantastical car either, but rather a regular, mundane automobile.

What isn’t nearly as mundane is the car chase that results from this incident. After coming up with an increasing number of ways to ruin the Cat’s day, the Grinch finally abandons his vendetta after being reminded of the unconditional love he received from his mother growing up. 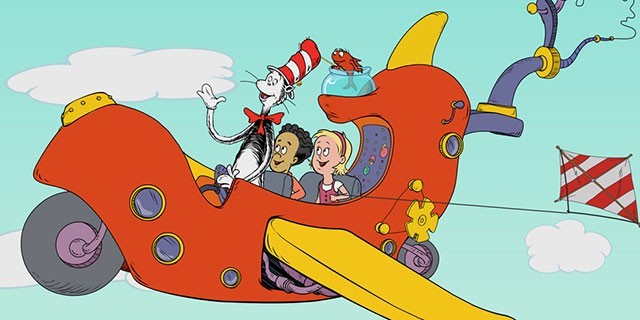 The latest of the Cat’s numerous incarnations
Uses this flying device to reach destinations
Photo:PBS

The Cat in the Hat currently appears on his very own PBS program: The Cat in the Hat Knows a Lot About That! The show involves adventures of discovery initiated by the fun-loving feline, this time voiced by Martin Short.

The Cat in the Hat takes six-year-old neighbors Nick and Sally on globe-trotting excursions to learn more about animals from around the world. Surprisingly, these aren’t Seussian creatures like a Fizza-ma-Wizza-ma-Dill, but rather animals found throughout our world, like dolphins and reindeer, so as to provide young viewers with some actual scientific knowledge.

To reach each episode’s destination, the Cat relies on the “Thinga-ma-jigger,” a vehicle that can sprout wings, change size, or do just about anything it needs to for the episode’s premise. The “Thinga-ma-jigger” even has its own theme song, which is undoubtedly stuck in the heads of parents nationwide.

Famous Vehicles from Children’s Literature:  The Iconic Ford Anglia in “Harry Potter and the Chamber of Secrets”