These are the Cars in the Furious 7 Super Bowl Trailer

If you saw the Furious 7 trailer during the Super Bowl and are dying to know what that weird car was at the end, we’ve got you covered. This seventh Fast & Furious movie is a special one, indeed, since Paul Walker was tragically killed before filming was completed. If you haven’t seen the trailer yet, scroll down to the bottom of the article to watch it. 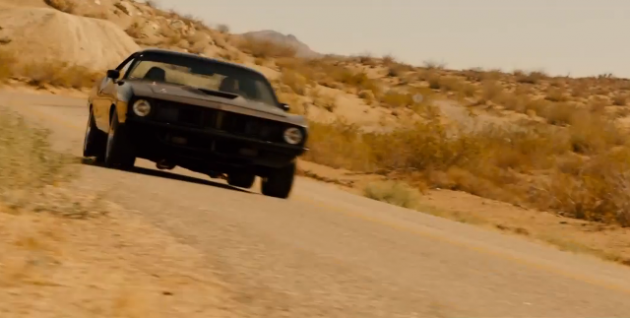 Dom Toretto must have a thing for black ’70s Mopar muscle cars, as the trailer opens with him driving this ‘Cuda.

A bright yellow Lamborghini parked in front of the Toretto residence shouldn’t attract too much extra attention, right?

I think this is what a typical traffic jam in Dubai looks like.

We’re assuming this is the 1970 Dodge Charger that Dom drives in nearly every Fast and Furious movie, except this time it’s jumping out of a cargo plane in reverse.

The car jumping out of a skyscraper at the end of the trailer is a limited production car built by a Lebanese company called W Motors. The Lykan HyperSport costs $3.4 million, largely because the headlights are titanium and house 420 diamonds. It’s powered by a Porsche twin turbo 3.7-liter flat six that generates 740 horsepower. They claim it can get up to 100 km/h in 2.8 seconds and reach a top speed of 239 mph.