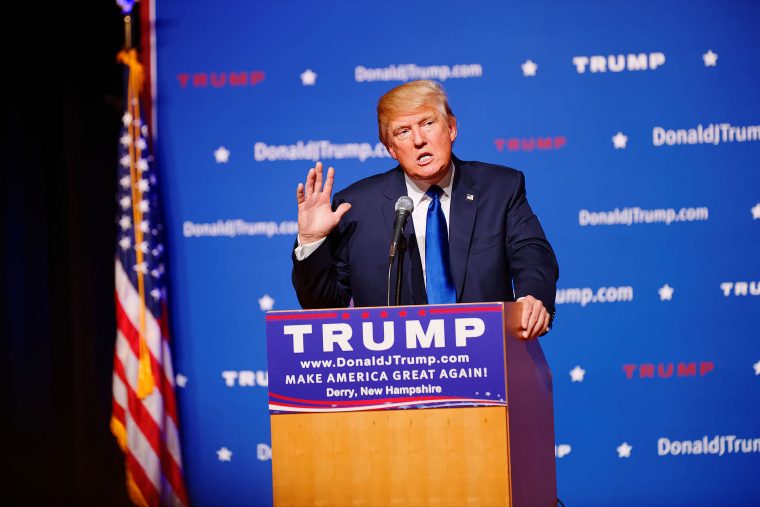 Ahead of the Ohio primaries on March 15th, the one and only Donald J. Trump made a quick stop at the Dayton International Airport for one of his Klan meetings campaign rallies. You might have heard about this rally when a protestor charged the stage but was stopped by Trump’s Secret Service. Lucky for that protestor too, as Trump probably had something worse in store—Trump remarked to the crowd shortly after the incident, “I was ready for him, but it’s much easier if the cops do it, don’t we agree?” You can check out a video clip of the incident below (and please especially note the members of the crowd shouting, “Kill him!” as a reminder that Trump supporters are a peaceful people).

It just so happens that The News Wheel is headquartered in Dayton, making the airport entirely reachable for me. And because I like a good show, I found myself with a friend heading to the Dayton Airport on the morning of March 12th to see the man, the legend, Donald Trump. We were quite pumped to listen to crazy rhetoric and photograph interactions between supporters and protestors. 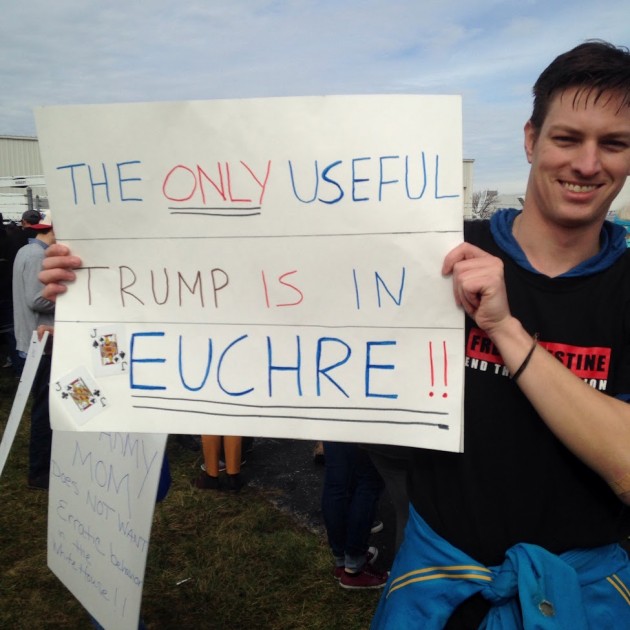 Anyway, Trump ended up being fashionably late (by nearly an hour and a half), and because there were so many people there (an alarming amount, actually), my friend and I couldn’t get inside the hangar where he’d be speaking. After about an hour, we departed without any sign of the actual Trump yet pleased with the laughs we had at virtually every other person’s expense there.

It was during our hike back to the car, after passing a drag queen holding a sign that said, “Voting for Trump is a drag,” and a Trump supporter holding what was seemingly an assault rifle in the air, that I realized there were several interesting cars in the lot, the types of cars you would only see gathered at a Trump rally. 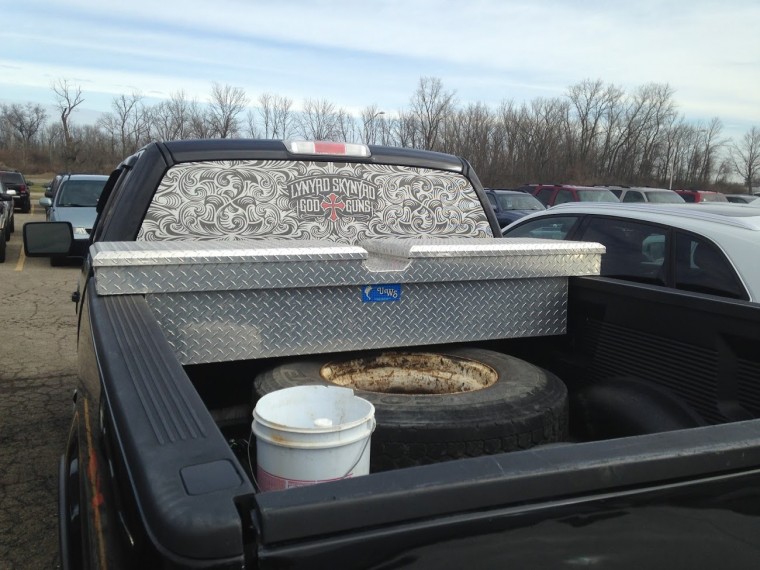 Take the photo above, for instance. If that truck doesn’t spell out “America,” I don’t know what does. 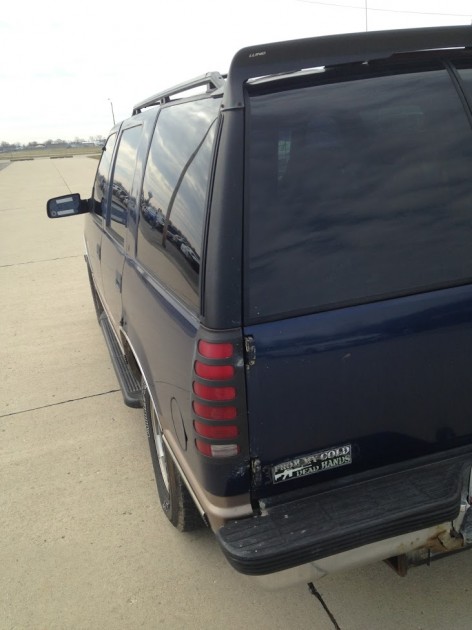 If only I could show you the other bumper sticker…

Or how about this car’s bumper sticker? There was actually a more entertaining bumper sticker on the other side of the car, but unfortunately my boss has agreed that it wasn’t suitable for our website—but let me just say that it was a directive about butts and what you could do with them. 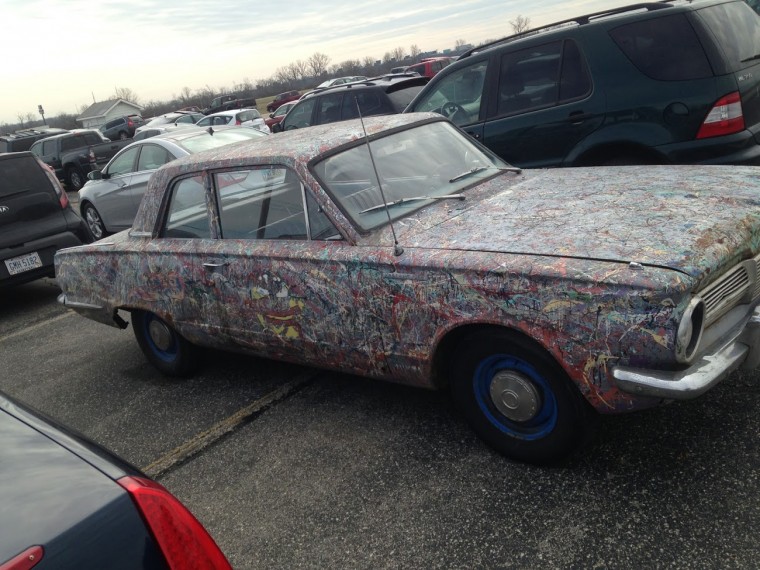 Any guess as to what is on the side of the car under that beautiful paint? I still can’t make it out…

This one was my personal favorite. I’m not exactly sure what kind of person drives this, but I so hope it was the guy who was dressed like Donald Trump (with clearly bleached hair), who was selling Trump merchandise alone in the parking lot, screaming in a Trump voice, “I sell these with a yuuuuge discount over other retailers because I’m rich and can afford it.”

Cars can tell you lot about a person, and that definitely holds true at a Trump rally. I know there are crazies on all sides of the political spectrum, but the things I saw at this Trump rally truly, uh, trump everything else. If you’re brave enough to attend one ironically, I totally recommend it. And if you intend to attend one in actual support, I’m quite astonished you made it to the end of this article without scrolling down to leave some nasty comments about my mother. Well done!