This “Mad Max: Fury Road”/”Cars” Mash-Up Video Will Remind You of the Good Old Days 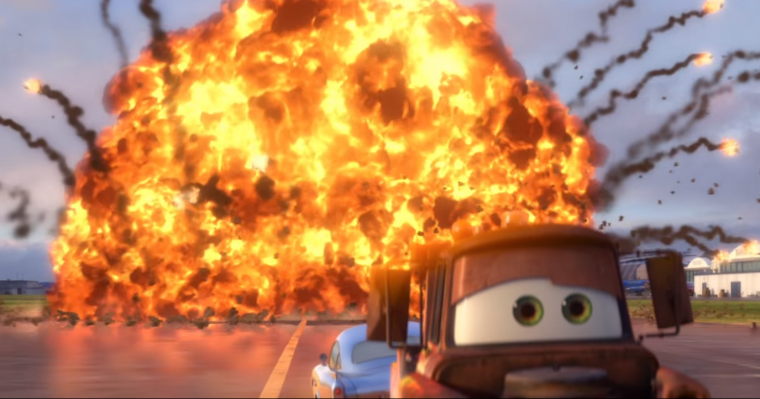 Remember back when Mad Max: Fury Road came out? Oh boy, those were the days.

It was May of 2015—David Bowie and Alan Rickman were both alive and well, Donald Trump had yet to begin his presidential campaign of terror, and all was right with the world. Most notably, the cinema-going public was treated to the best action movie of this century, Mad Max: Fury Road.

Director George Miller’s turbocharged, direct-injected blockbuster proved to be the kind of masterpiece that inspired all kinds of entertaining tributes. Fury Road was a muse for several of YouTube’s best and brightest, who crafted mash-ups that combined the film with the Netflix show Unbreakable Kimmy Schmidt, the classic racing game Mario Kart, and the road trip movie It’s a Mad, Mad, Mad, Mad World, to name a few.

It was a great time to be alive.

But then, The Dark Times came. Bowie and Rickman both passed away at the age of 69, a clearly deranged Donald Trump went from national punchline to the leading candidate for the Republican nomination, and Mad Max: Fury Road was snubbed at the Academy Awards, winning several Oscars for its production values but none for its undeniable artistry.

But now, a hero amid the wreckage of 2016 has emerged to give the people what they’ve been clamoring for: another Mad Max: Fury Road mash-up video, this time pairing this Fury Road trailer with perfectly synched scenes from Pixar’s 2006 computer-animated movie Cars.

Thank you, YouTube user HBriltz, you’re a hero for our times. And if I may make a request, I’d next like to see Beyond Thunderdome mashed-up with Cars 2, since it is clearly the Cars 2 of the Mad Max franchise (quality-wise, at least).