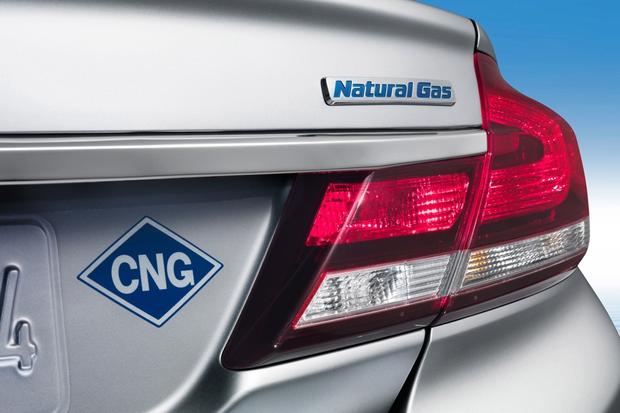 Writing about science is really fun sometimes. It means that I get to write stuff like this:

Scientists have developed a spongy crystal to soak up methane, and that could change what kind of car you drive in the future.

Now, some background: of the various alternative vehicle fuels, probably the one that gets the least love is natural gas. Natural-gas vehicles are seen as greener than gasoline, since it is abundant, cheaper than gas for the same amount of energy, and emits about a third of the carbon dioxide as gas-powered vehicles.

However, natural gas has one problem as a car fuel: storage. At room temperature and normal pressure, natural gas takes up 1,000 times the space of gasoline for the same amount of energy. Right now, to compensate, natural gas vehicle suppliers compress the gas to about 250 times atmospheric pressure, storing in high-pressure tanks that take up a fair amount of room in the car.

As you might imagine, this has not endeared natural-gas vehicles to the general public.

A team of scientists in Hong Kong developed one solution back in 1999: a material called HKUST-1, a metal organic framework, or a porous crystalline material that can soak up methane at much gentler pressure and release it again when the pressure is decreased. However, as good as HKUST-1 was, it didn’t hold as much methane as the US Department of Energy set for a goal.

Now, though, researchers at the University of Cambridge have found a way to make HKUST-1 denser and hold more methane, essentially by drying it slower than the Chinese researchers. The new material could be molded into different shapes, letting gas tank manufacturers replace the cylindrical tanks with rectangular ones to better make use of available space.

Unfortunately, the material isn’t quite ready for in-vehicle use—so far, production is limited, as the team just scaled up production from single grams to 100 grams at a time. However, if the kinks can be worked out, natural-gas vehicles could become a competitor for the powertrains of the future.