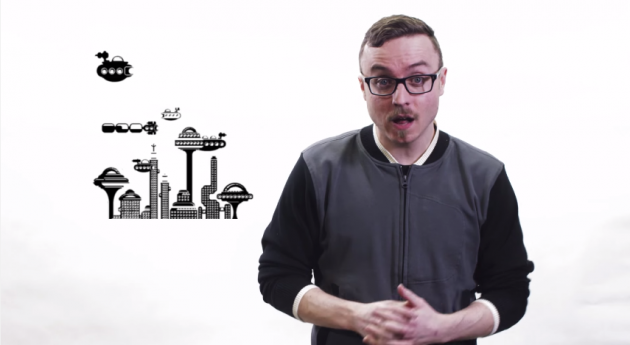 For the past 60 years, our country’s collective vision of the future has involved some form of flying cars. During the Cold War, Americans assumed that if we could make it to the moon first, surely we could also beat the Ruskies in being the first nation to put airplane wings on a Studebaker. And yet the space age dream of commuting like George Jetson has still not come to fruition. Why?

Well, the latest installment of the YouTube video series Thought Glass attempts to answer that question:

High-Tech Car News: The History of the Honda ASIMO Robot

The main problem is that in order to be feasible, flying cars would need to be able to ditch the runway and take off vertically. They would also need to be automated, but the technology for that already exists. What doesn’t exist (yet) is the ability to manipulate gravity.

The video also discusses the issues concerning the other dream of commuters everywhere: teleportation. Then Bill Nye the Science Guy himself teleports in to discuss space colonization.

The whole thing is pretty interesting, although it’s a little depressing to learn that these futuristic sci-fi concepts are still a long ways away from realization. On the bright side, even though you still can’t travel via flying DeLorean in the year 2015, your iPhone 6 can.