Whether you keep the standard tires or swap them for new ones, this will have an impact on the grip, road noise, and range of your Chevy Bolt EV.

This model comes standard with low-rolling resistance tires meant to enhance the vehicle’s efficiency. This is because these tires are more firm than conventional tires, so they grip the road less, which in turn, boosts mileage.

Some owners of the Chevy Bolt have opted for alternative tires on their vehicle. For example, Jeff Jablanksy, writer with Green Car Reports, switched out his Michelin Energy Saver A/S Selfseal Green X tires for Rilken Raptors. He claimed that the new tires reduced wheel spin when the car was stopped, as well as minimized the squealing noise when the car rounded a bend.

Other Chevy Bolt owners have those same complaints with the standard tires that their car comes with. As nice as the efficiency is, they crave more traction and quietness on the road.

But exactly how much efficiency is lost when you swap out a different set of tires? Originally, Jablansky had estimated that the range of his car would decline 10%, so his Bolt would go from the EPA-estimated cobined rating of 238 miles to 214 miles. However, after driving 250 miles on the new tires, he confirmed that the range was reduced by only 7%. 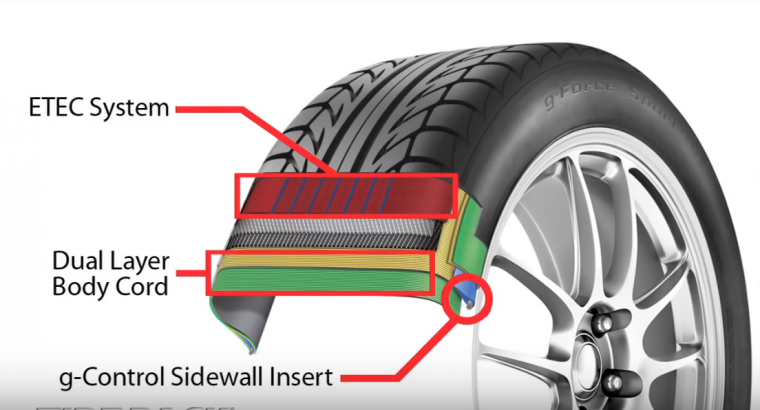 Another option for those desiring more traction and a better handling with their Chevy Bolt is to try performance tires, such as BFGoodrich G-Force Sport Comp-2 ultra-high-performance (UHP) tires. Motor Trend experimented with this option. Although it definitely increased the traction and made the car more fun to drive, it also increased the road noise.

So, if you’re considering a tire swap for your Chevy Bolt, make sure to evaluate what you prioritize more: optimum range and peak efficiency or greater traction and sportier handling.