Tom Hoover, Father of the 426 HEMI, Passes Away 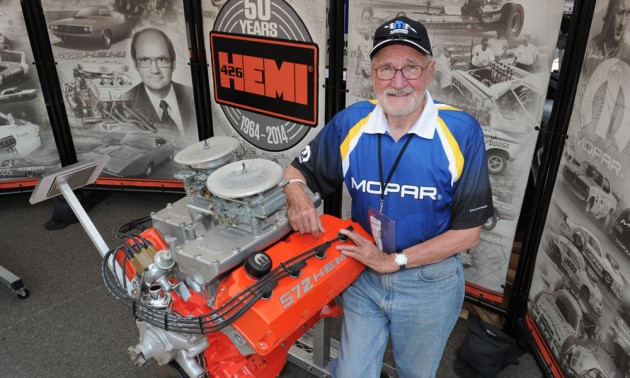 Tom Hoover, father of the 426 Hemi, has passed away
Photo: FCA

The creator of the legendary 426 HEMI engine, Tom Hoover, has passed away. Mr. Hoover was often regarded as the godfather or even the father of the 426 HEMI, the classic engine that just celebrated its 50th anniversary last year.

“Tom Hoover was an exceptional human being and an engineering genius that always wanted to go faster. Today, at Mopar, we continue to live and honor Tom’s vision. He’ll be missed,” remarked Pietro Gorlier, President and CEO of Mopar Brand Service, Parts and Customer Care.

Tom spent a whopping 25 years with Chrysler before eventually leaving in 1979 to chase his passion for locomotives and trains. However, in those 25 years, Tom made a huge impact on the Chrysler Corporation. For example, he was one of the founding members of Ramchargers. He also spearheaded development of the Max Wedge big-block racing V8 engine and assisted in developing Hyper Pak. He also had a hand in the Lil’ Red Express Dodge pickup from 1978 and, of course, he helped to design and create the 426 HEMI, the thing for which he is most remembered.

Tom will be missed by friends, family, co-workers, and all those with the HEMI spirit.