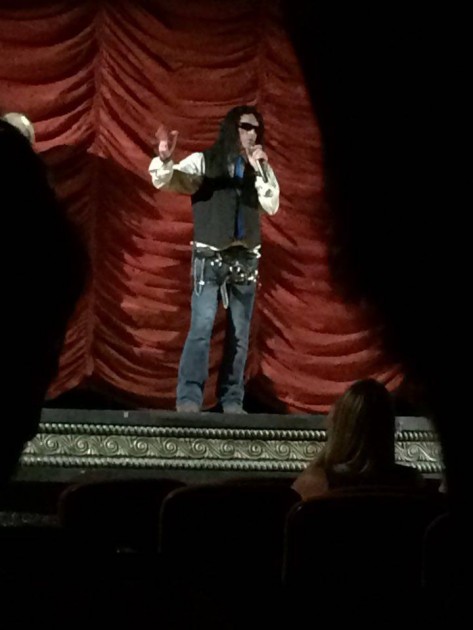 Director Tommy Wiseau addresses fans during a screening of his film, The Room

Update 10/12: April Fool’s Day has come and gone. Tommy Wiseau and Greg Sestero are not making The Car, but it has been announced that they are teaming up once again for Best F(r)iends, which may feature a flying Mustang. Rejoice!

Few things bring people together quite like a movie that is so bad, it winds up being good, and few movies that have more of that same bizarre magnetism than 2003’s The Room, a once-in-a-generation cult oddity that has won over audiences around the world due in large part to being both horrifyingly earnest and earnestly horrifying. According to that film’s director, a sequel is on the horizon.

If you have never seen The Room, stop absolutely everything you are doing right now and change that fact. There are spoilers ahead, after all.

The man at the center of The Room is its enigmatic writer, director, producer, and star Tommy Wiseau, a curious man of indeterminate origin who has done his best to spin what could have been an immense personal failure into a lucrative underground mechanism. Today, Wiseau tours the country for screenings of the film, doing Q&As in order to provide fans about as much access to the inner-workings of his mind as he will allow (which, really, is not much). Despite Wiseau, by all accounts, being incredibly protective of both his image and his work, he siphons as much positivity as possible from a response fueled in large part by derision.

But the other accelerant in that fuel, perhaps equally as large as mockery, is a love that is as genuine as the effort Wiseau put into his passion project (albeit an incomprehensibly feeble effort all the same). Devotees to The Room are fiercely loyal, and they have turned showings of the film into Rocky Horror-esque audience-participatory spectacles with cosplaying, spoon- and football-throwing, and uproarious cat-calling. No matter how many times fans have seen the film, they are seemingly always hungry for more.

Those loyalists will no doubt be pleased to learn that Wiseau, whose age is every bit as uncertain as his origin, is planning a follow-up to the film that launched a thousand catchphrases. The filmmaker spilled the beans during a Q&A at a recent screening, divulging both the title and the new setting in two words: The Car.

“It is so American, driving cars,” Wiseau said. “Everybody has one, but not everybody, and the everybody who don’t have them wants them. It is perfect picture of America, men in cars facing life and talking about women. I drive car. I do so much thinking in the car, it is safe space for thinking, and it is perfect reflection of real life. So I want to make that movie.”

The Room’s central protagonist, Johnny (played by Wiseau, of course), can be seen driving a 1998 Mercedes-Benz C280 in the film, a car that co-star and author of The Disaster Artist Greg Sestero says was at one time Wiseau’s personal daily driver. Sestero also states in his book, which is being adapted into a feature film by James Franco and Seth Rogen, that Wiseau refused to let valets park his car for fear that they might fart in the seats. 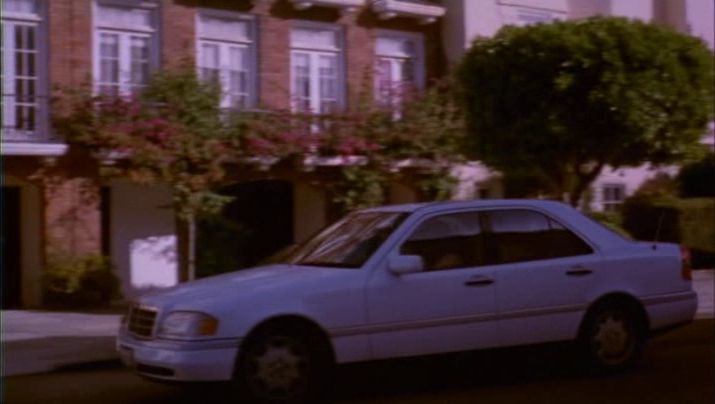 Wiseau’s 1998 Mercedes-Benz C280 was the featured vehicle in the film
Photo: Wiseau Films

Wiseau seemed unsure of whether he still owns that Mercedes or if it would be the film’s title vehicle.

“Yeah I only drive, you know, from time to time. Traffic is so heavy in San Francisco, and I don’t drive if I don’t have to. I like to walk, you know, I like to stay in shape.” Wiseau stopped at this point to roll up the sleeve of his two-sizes-too-large button-up shirt and flex his translucent biceps to the cheers of audience members, bobbling and nearly dropping the microphone in the process. “So no I don’t drive all the time, but cars are important in America. So I make The Car. Okay, move on, next one.”

Wiseau originally hinted at a sequel in a March 2015 AMA on Reddit, offering few details about the film apart from it being in 3D and coming “eventually.” In the same AMA, he disclosed two as-yet-unrealized projects: The Foreclosure and The Vampire from Alcatraz: King of Vampires, the latter of which already has a 120-page script about the eponymous vampire who “will control entire wooooorld,” but who “is good vampire, he helps like Superman. People. Is opposite with the myth is about vampires.”

It is not impossible that the Alcatraz project is merely a codename for The Car, much in the same way that Blue Harvest operated as the working title for Return of the Jedi. In The Disaster Artist, Sestero sheds light on a proposed scene where “Johnny’s Mercedes-Benz would lift off from the roof of the townhouse and fly across the San Francisco skyline, revealing Johnny’s vampiric nature.” The scene failed to materialize when Wiseau realized his budgetary restrictions prohibited such a scene from occurring, but the question of that sequence and vampire sub-plot becoming a reality in The Car was raised almost immediately by one intrepid film-goer dressed up as Peter the Psychologist.

“That was just fantasy, not real. The flying car was just joke, like an April Fool, you know. [Sestero] made incorrect statement about that. It is a half-truth, not all truth. But yes, I would like to do that scene if I can, because I like to imagine life as vampire. I think vampire can do good, not just drinking blood. And vampire, you know, they drive cars too because they are like us, only not like us because they are vampires, and if they drive, I think their cars would fly. Good question.” 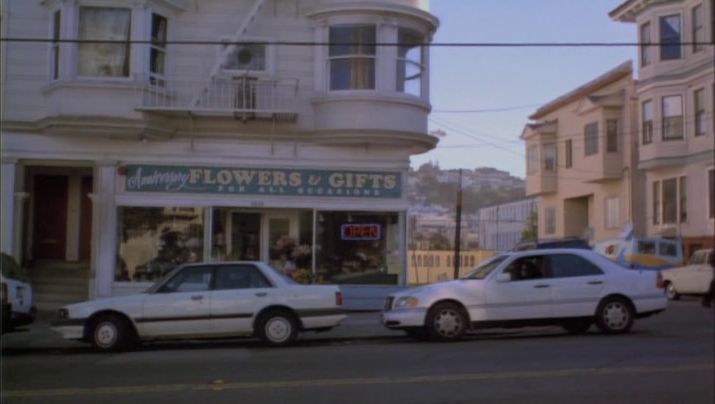 Wiseau’s Mercedes parked in front of a flower shop where his character, Johnny, was a preferred customer

Wiseau did little to dissuade from the suggestion that the film may take a supernatural route. When reminded that Johnny kills himself at the end of the film and would not be able to appear in a sequel unless he was a ghost or vampire, Wiseau simply laughed and said, “Don’t worry about it.”

Asked why it is important to him to make The Car, Wiseau said, “I think that kids should know about the way people talk in cars, when they drive the car, when they sit in the car. It will be about how to talk to other people in the cars, and it will help future drivers learn a lesson about that.”

Asked about which original characters and/or actors would return, the tenor of the evening turned serious, if only for a moment.

“I don’t need them, okay? I haven’t talked to them, they are ingrateful [sic], they don’t care what I do for their careers. They are nothing without my film. Greg [Sestero] write his stupid book and sell it, he thinks he is so great, but it only makes more people love my movie, not him. I don’t care. Do you know me? I make the movie, and I choose who is in the movie. I choose The Car, not them. If I want, I will play all of the parts. I can be Eddie Murphy, I can be Tyrone Perry [Tyler Perry], okay? I think I am done taking questions right now.”

The evening proceeded past that strange outburst, and the crowd didn’t miss a beat: fed by the possibility of a sequel, albeit one unlikely to recapture the same magic as the original, they roared their approvals and “Oh hai, Mark” at the screen. Certainly, The Car will have a large legacy to live up to.