These paint codes should have never seen the light of day. 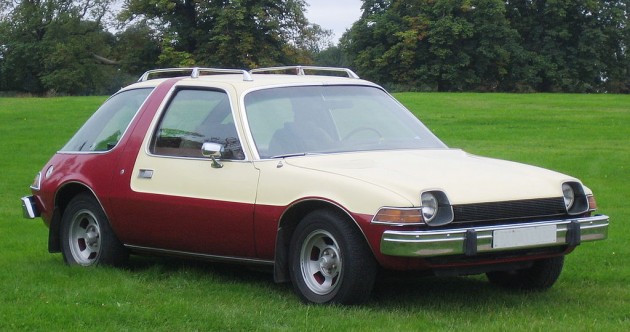 Every decade, thousands of cars hit the streets with paint colors that make flowers wilt, children cry, and auto enthusiasts consider risking serious jail time to turn these eye sores into rolling bonfires for the good of mankind. Here are five colors that have plagued American streets from the 1970s to today:

This bland, dull blue color was offered on early 90s Fords from the Windstar to the Taurus, and even the mighty Thunderbird. Let’s break down Wikipedia’s definition of “seafoam” to describe this color:

“Seafoam is a type of foam created by the agitation of seawater, particularly when it contains higher concentrations of dissolved organic matter including proteins, lignins, and lipids derived from sources such as the offshore breakdown of algal blooms”

They named this putrid color after the nasty, bubbly sea water caused by dead, decaying algae, and that’s exactly what it looks like. 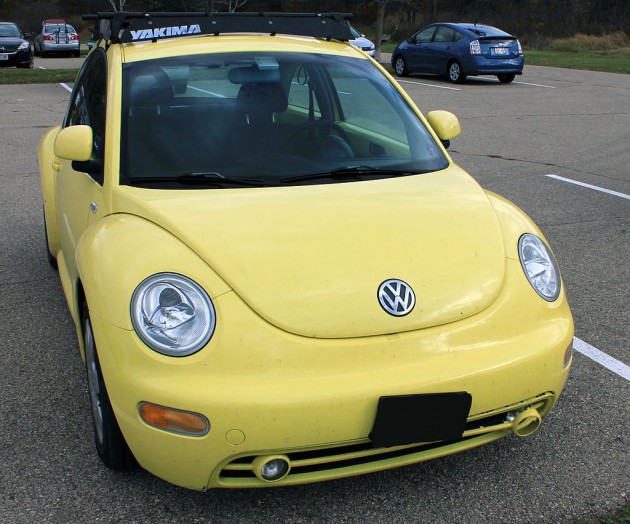 The New Beetle was quickly polarizing when it came out in 1997; either you loved it or you hated it. I include myself in the latter category, and this color doesn’t help.

I understand Volkswagen sticking with the dull suede colors to go with the retro theme of the Beetle, but this half-assed jaundice yellow makes the New Beetle look like it’s been sitting in a field under the damaging rays of the sun for at least 30 years. Yellow is supposed to be a bright color; dulling it down just makes it look bad. 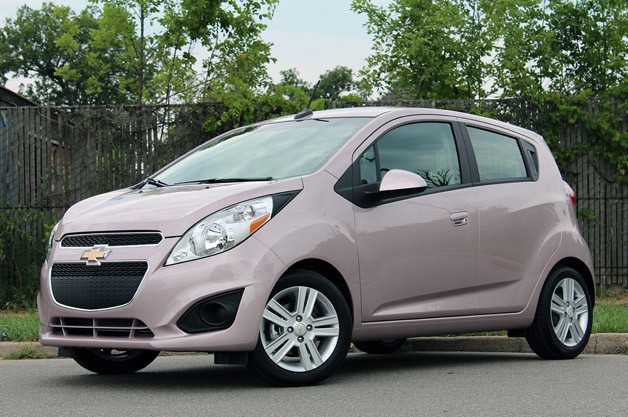 Techno Pink was one of those limited edition colors that Chevrolet only offered on the 2013 Chevrolet Spark and falls under the same category as the yellow mentioned above. Pink is a bright color; why try to dull it down to the point that it looks like a soggy plum?

I’m not even sure if this is actually pink. It looks more like gray with a hint of purple. 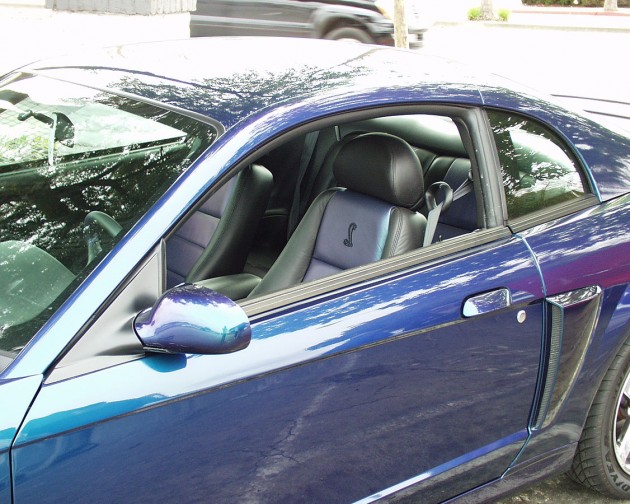 This one is probably going to anger a lot of Mustang fans. Mystichrome was another limited edition color that Ford only offered on the 2004 Ford Mustang Cobra, and only 1,010 cars got the color from the factory. It was an extremely expensive color-shifting paint that went from blue, to purple, to black, depending on the angle of the viewer.

This may have been cool in 2004, but it just looks tacky now. 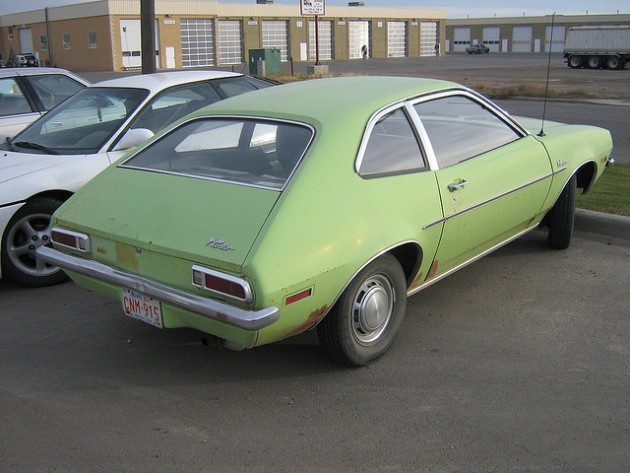 It seems that there was a renaissance of dull green paint in the 1970s, and unfortunately this coincided with a dark age of ugly, underpowered cars commonly known by auto enthusiasts as the “Malaise Era.” Any of the flat green colors used by automakers in the 1970s could easily top this list, but I’ve chosen this lime green example from Ford as the winner. The fact that it’s on the notoriously crappy Pinto is just icing on the cake.

If you’re in any way offended, disturbed, enlightened, or otherwise in agreement with the top 5 ugliest car colors I’ve laid out, please feel free to voice your opinion in the comments.