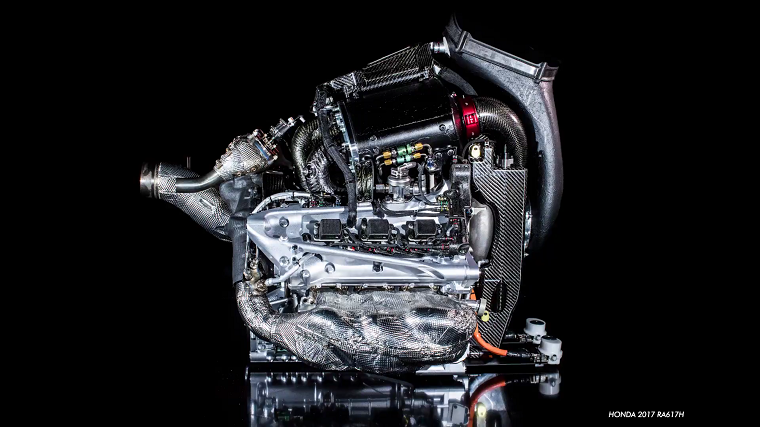 While many expect Toro Rosso to struggle throughout the 2018 season, the team believes it can finish fourth in the constructor’s championship, which would mark a major leap forward compared to previous years. The partnership with Honda is certainly off to a good start—the team even chose Valentine’s Day to celebrate the moment the STR13 chassis and the RA618H power unit met.

Along with the short clip came a tongue-in-cheek “Fire-up video FAQ” (shown below) that anyone who has followed F1 over the last three years can appreciate. “Did it take like 6 attempts to fire up?” goes one of the questions. Another asks if the engine blew up and if the factory caught on fire.

Honda reputation as an engine manufacturer took a hit during its short-lived partnership with McLaren, but now it has a chance to turn the tables around with Toro Rosso. So far, both parties seem optimistic. Toro Rosso is happy to finally have its own dedicated engine supplier and Honda gets to work with a team that will impose fewer restrictions.

“I know that the STR engineers are very excited by the Honda and what its architecture allows them to do,” said F1 analyst Mark Hughes on Twitter. “One of them described it as a ‘higher tec’ engine than the Renault.”

The Honda-powered Toro Rosso will be revealed on February 26. 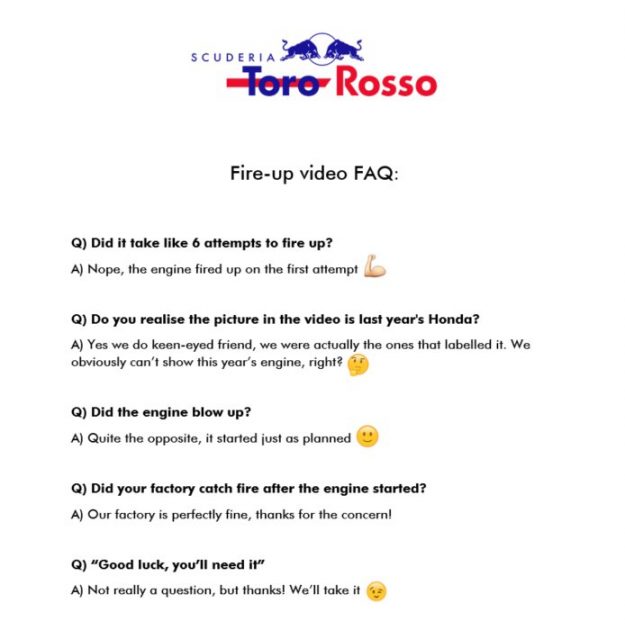