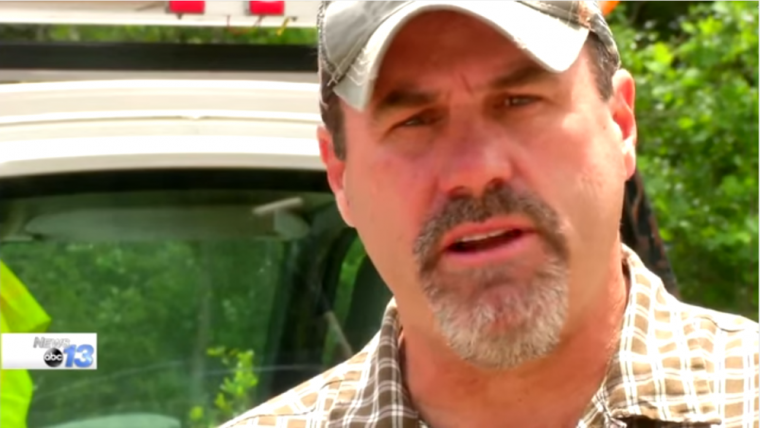 If your car has ever broken down on the road, you know that being stranded is horrible. You call for a tow, either through your automaker, AAA, or by frantically scrolling through tow truck listings on Google. Then you sit and wait, hoping that the truck comes soon and that you’re far enough away from the edge of the road that you don’t get hit. When the tow truck finally arrives, the ‘Hallelujah Chorus’ starts to play in your head, and you and your broken car are whisked away from that purgatory.

Well, that’s usually how it goes. If you have car trouble in North Carolina and you’re not of the correct political persuasion, you could be left abandoned on the side of the road. Cassandra McWade’s car was involved in a collision outside of Asheville. McWade called for a tow, and Ken Shupe, the owner of Shupee Max Towing, was dispatched to help her out. However, when Shupe arrived, he declined to tow McWade’s car and take her to safety. There was nothing wrong with the vehicle to prevent him from towing it, unless you have a problem with Bernie Sanders stickers.

When questioned by the local news, Shupe told the reporter that the vehicle’s signs in the windows supporting Bernie Sanders, in addition to the bumper sticker, made him decide not to tow McWade. He proudly told reporters with ABC affiliate WLOS “Something came over me, I think the Lord came to me, and he just said get in the truck and leave. And when I got in my truck, you know, I was so proud, because I felt like I finally drew a line in the sand and stood up for what I believed.” McWade also reports that when he drove away from the scene, Shupe told her to “call the government” for a tow.

As if this doesn’t already sound terrible, it gets even worse when you realize that McWade is also disabled, and her car is clearly marked with a hang tag and she had identified herself as such when she called for help. If that tow driver could see the Bernie Sanders signs, you know that he saw the big blue handicapped sign as well. When asked if McWade’s disability could have swayed him, he replied “Had she been disabled, would I have towed her car? No ma’am.”

I have put in a prayer request with God, and am currently still waiting for His office to confirm or deny that the Golden Rule, which tells Christians to treat others as they would like to be treated, has been repealed.

Is this really what our nation has come to? I know that this election cycle has been particularly rough on America, and it has drawn out the absolute worst in us. But for a business whose sole function is to assist drivers in the worst situations of their driving lives to leave someone on the side of the road because their political ideologies don’t match up is truly mind blowing. What’s next? Will an ambulance refuse to pick up an ill or injured Donald Trump supporter and tell him to “make himself great again”? Or will male security workers refuse to help a woman being harassed by telling her that she is their equal, so she can fight it out for herself? For all our recent talk about “what the founding fathers intended,” I sincerely doubt that any of them would approve of the hot mess of hate and vitriol that is bleeding from our political discourse into our everyday lives.

The incident also took place in North Carolina, home of the famous HB2 bathroom law that requires individuals to use the gendered bathroom that matches the sex listed on their birth certificate, not the gender they identify with, claiming that allowing someone who was born a man (but identifies as female) to enter a women’s restroom puts children and innocents at risk. The discriminatory law, which the Department of Justice has declared violates the Civil Rights Act, has forced several US state and city governments to ban official travel to North Carolina, and the United Kingdom has issued a warning to its LGBT citizens that they would not be welcome or treated fairly in the state. Both Cassandra McWade and Ken Shupe live in South Carolina, so it seems as if North Carolina’s attitudes are contagious and spread simply by crossing the border. Anyone considering doing business or vacationing in North Carolina who does not conform to that state’s ideals should avoid it at all costs for their own safety.