Here’s Why the Toyota AE86 is So Valuable 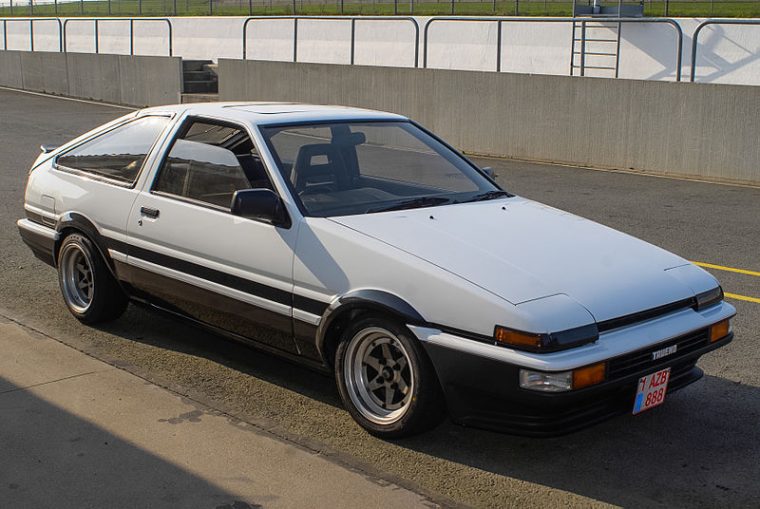 As soon as you drive a car off the dealership lot, it starts losing value — that is, unless you bought a Toyota AE86 between 1984 and 1987. This unassuming car, also known as a Toyota Corolla Sprinter, has become a cult icon among street racers, drifting enthusiasts, and anime fans alike. To see why this little old hatchback can demand as much as a vintage Ferrari, let’s take a look at what made the AE86 into an automotive legend.

A Legacy of Winners: Toyota wins at Le Mans in an exciting 1-2 finish

The AE86’s nimble handling, responsive steering, and peppy engine made it perfect for Japan’s mountainous landscape and narrow, winding roads. It’s no coincidence that its sporty maneuvering made it a star in one of Japan’s popular mountain pass racing scene.

But when that was no longer exciting enough for onlookers, AE86 driver Keiichi Tsuchiya, better known as the Drift King, decided to spice things up by drifting the car through corners. When that proved to be a crowd pleaser, drifting took off as a motorsport in its own right, and the AE86 became an icon of the drifting scene.

Pulling Ahead in Motorsports

Few things can boost a car’s popularity like appearing in popular media, and the Toyota AE86’s reputation won it a starring role in the “Initial D” franchise. “Initial D” was a wildly successful manga about a young street racer and his AE86. The popular comics spawned numerous animated series, movies, and even a live-action adaptation. However, they all shared one factor: the Toyota AE86 at the center of the action, winning hearts as it zipped through the mountains and drifted around tight corners.

Initial D’s popularity boosted the price of the Toyota AE86. This price hike is jokingly called the Takumi Tax, named after the main character in “Initial D.”

Proven Reliability: 2019 Toyota 4Runner: real, rugged, and ready for anything

Thanks to its reputation from motorsports and popular culture, the AE86 has established its place in the automotive pantheon. With such a storied history, it’s easy to see why they still demand a high price more than 30 years after they first hit the pavement.