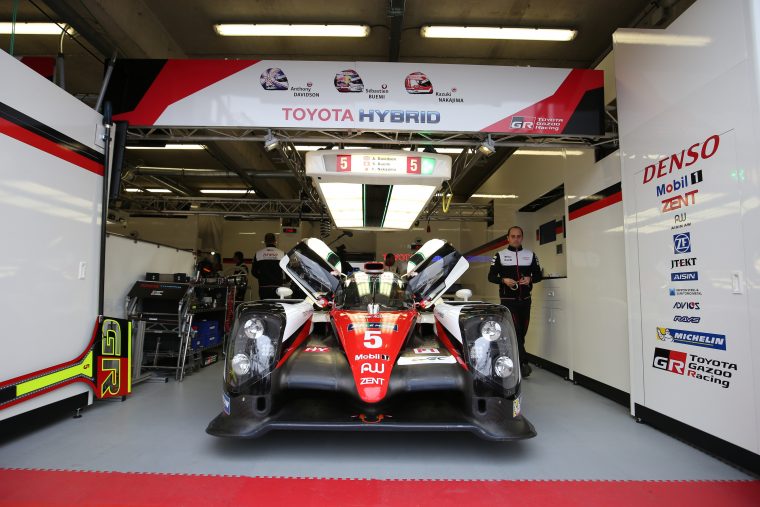 Toyota is aiming to recoup at the FIA WEC Nürburgring 6h race after its devastating loss in the final few minutes of the 24 Hours of Le Mans last month.

Like Porsche and Audi, Toyota will debut a revised, high-downforce LMP1 car at the fourth round of the championship. The new TS050 Hybrid will replace the medium-downforce version used at Silverstone and Spa with a high-downforce car should be at home at the bumpier, more corner-heavy Nürburgring circuit.

Because this is the third aero package the team is introducing this season, the 2016 WEC rules state it must also be the last. A low-downforce package was used at Le Mans, where the cars might as well be sitting ducks if they head down the three 2km-long straights with too much drag.

Toyota Gazoo Racing is looking to finally get its break after their car retired while leading in Spa and Le Mans. “We all know how hard Le Mans was, but this is behind us and it’s time to look to the rest of the season,” said Sebastian Buemi, who drives behind the wheel of the #5 Toyota with Anthony Davidson and Kazuki Nakajima.

Davidson also commented that he was “fired up” to get back to racing and that the team had “high hopes for our high-downforce kit,” before adding that he was confident Toyota would be able to pull at least one win at one of the tracks over the rest of the season, even if it does not happen at the Nürburgring.

The team led an extensive investigation into the turbo failure that caused victory at Le Mans to slip through their grasp in the final moments of the race and does not expect it to occur again.

The #6 car finished second at Le Mans and is currently third in the drivers’ championship, a single point behind Audi. With more than half the rounds still to go, the championship is still completely open.