Toyota and Mazda, Sitting in a Tree

Toyota and Mazda are so cute together. First Mazda makes cars for Toyota in their Mexico plant, while Toyota passes over just the fuel cell technologies Mazda has been looking for. And now they have entered into an agreement that started over sharing fuel efficiency technologies, and, according to Mazda, will “build a mutually beneficial long term partnership.”

The sweetness doesn’t end there. When marking the agreement, Toyota President Akio Toyoda said, “I am delighted that our two companies can share the same vision and work together to make cars better. I can think of nothing more wonderful than showing the world–together–that the next 100 years of cars will be just as fun as the first.”

Mazda President and CEO Masamichi Kogai’s comments were a bit more reserved. He said, “I also have tremendous respect for Toyota’s dedication in its pursuit of ever-better cars through ongoing innovation. Furthermore, Mazda identifies with the way Toyota cherishes its roots and all of the communities it is involved in. It is no wonder they are held in great esteem in return.” 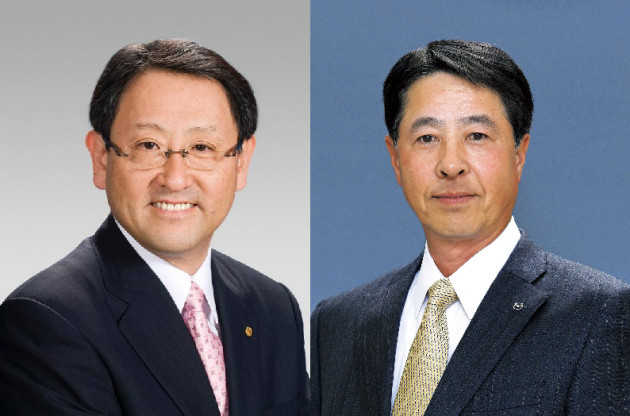 One might say these two should get a room, but it seems they are already getting together in one: the agreement established a joint committee to evaluate the best uses for each company’s strengths and to encourage broad collaboration across several fields, including environmental and safety technology. Mazda reported that the agreement will go beyond the past tradition of cooperation, and instead will “create a whole new set of values for cars through wide-ranging medium to long term collaboration.”