Shortly after President-elect Donald Trump threatened Toyota with a “big border tax” if it were to build a new plant for the Corolla in Baja, Mexico, the Japanese automaker announced a $10 billion investment in the United States—but it would be a mistake to imagine any meaningful connection between the two events.

If we put aside that Toyota isn’t even an American company and focus purely on the context and rhetoric, it is clear Trump was grandstanding; after all, he promised he would deliver jobs to Americans and that he would rein in the supposed outsourcing of jobs to foreign countries. Threatening Toyota over Twitter is his high-profile way of acting as though he is delivering on that promise, and unfortunately the way Toyota (and Ford) have reacted have made Trump look as though he is actually having an effect, even though that effect is probably superficial at best.

Toyota Motor North America chief executive Jim Lentz told Reuters that Toyota would invest $10 billion in the US over the next five years, and on the surface it doesn’t seem unreasonable to think this seemingly sudden flip-flop was caused by Trump’s tweet; yet that $10 billion figure matches Toyota’s investments from the previous five years, which reveals Toyota’s response is in reality a PR move aimed at preserving its brand image and retaining customers that might have been dissuaded from buying their cars as a result of Trump’s threats. That means nothing has actually changed for Toyota—all the company has done is reaffirm its already-existing commitment to the United States.

A new Toyota press release made that clear by outlining some of the automaker’s contributions to the American economy, which are by no means small: highlights include $21.9 billion in investment in the US, the production of more than 25 million vehicles in the US, and the constant creation of thousands of jobs in the US. Whatever Toyota executives thinks of Trump personally, the company obviously has great (financial) interest in maintaining a good standing with the US president and its large population of consumers—so why not play his game, however trivial? 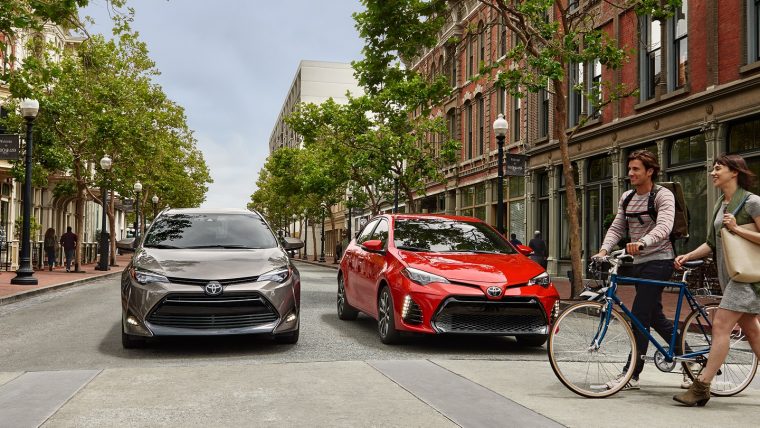 Of course, Trump’s tweet about a supposed “new plant in Baja, Mexico” was misleading to begin with, as Toyota had no plans to build a new plant at that location because it already has one there. Instead, it has been building a new plant in Guanajuata, Mexico (production hasn’t been halted), and which will have no bearing on United States operations. In other words, Trump was trying to interfere with the actions of a non-American company that did not involve America in any way. His “threat” was utter fluff and consequently so too was Toyota’s response.

Sadly, this meaningless game of back-and-forth between Trump and supposed enemies of the American economy has created an illusion of getting things done that has tarnished the political landscape even further than it had been already.