Toyota is the king of teaser images. First came two mysterious images of the 2016 Tacoma before its debut at the 2015 Detroit Auto Show. Then came a real head-scratcher depicting the taillight of the 2016 Prius before it made its first-ever appearance at a media event in Las Vegas. Now, ahead of the 2016 New York Auto Show, Toyota has released a puzzling image of what it calls “the next mechanical marvel in the Prius lineup.”

This model is, of course, the long-awaited redesigned Toyota Prius Plug-in. As of right now, all we know about this hybrid model is that it has rather stylish taillights. The only other piece of information we could glean from the press release is the phrase, “put limits in the rearview,” which could potentially refer to Toyota increasing the Prius Plug-in’s all-electric range. This has been a point of contention for critics in recent years, especially with rivals like the Chevrolet Volt upping their electric ranges, so it would make sense for Toyota’s newest plug-in model to follow suit. 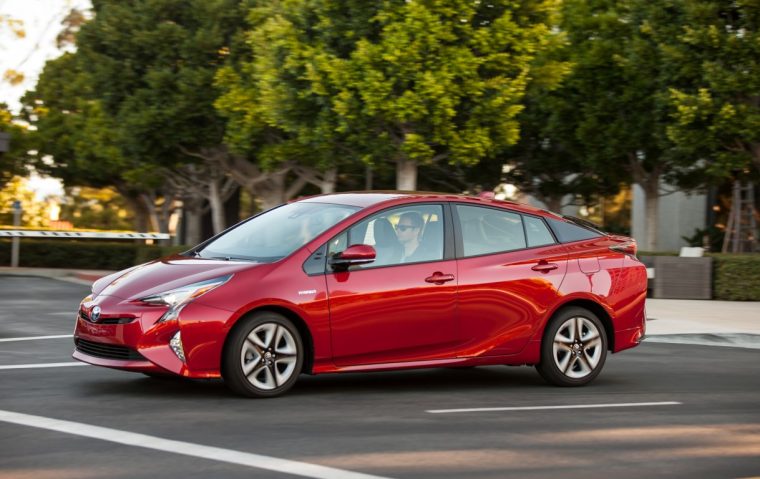 Toyota first introduced the Prius Plug-in in 2012, after resisting the release of such a model for a number of years. Estimates said that the Prius Plug-in could get anywhere between six and 14 miles in EV mode, which was much lower than competitors like the Ford Fusion Energi. However, the hatchback still remained impressive in hybrid mode with 50 mpg combined—more than any of its competitors could claim.

Now, the market has changed, with the 2017 Chevy Volt offering up to 53 miles of all-electric range, plus 42 mpg combined. The time has come for Toyota to step it up if it wants to remain in the plug-in game.

Luckily, we only have to wait a week to find out. The Prius Plug-in will debut at the New York International Auto Show next Wednesday, March 23rd, and we’ll be right there to report on it first-hand.