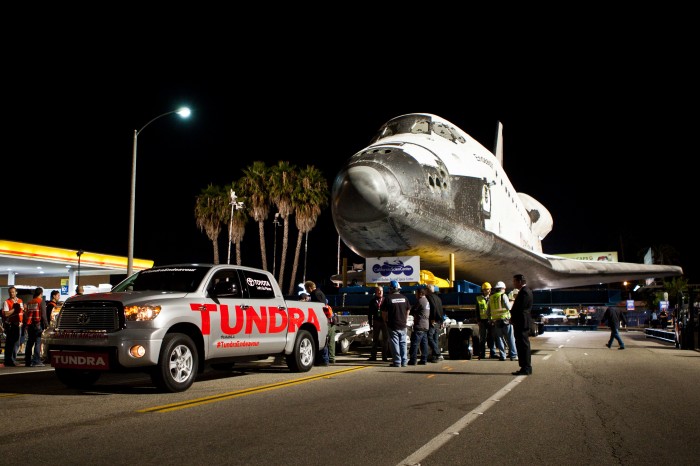 In 2012, a Toyota Tundra stole the attention of the nation by towing the space shuttle Endeavour across the Manchester Boulevard Bridge and the 405 Freeway on its way to the California Science Center.  This past week, the campaign for the Toyota truck stole top honors in the experiential advertising award category during the first-annual One Club Automobile Advertising of the Year Awards.

“It’s an honor to be recognized by The One Club for the campaign capturing Toyota Tundra’s historic achievement,” said Jack Hollis, vice president of marketing for Toyota, in the automaker’s press release. “The monumental Tundra Endeavour tow truly launched an exciting new direction for Toyota and helped introduce our ‘Let’s Go Places’ movement.”

The inaugural One Club Awards were held last week in conjunction with the 2014 North American International Auto Show (NAIAS) and recognized creative excellence in each of five categories: Print & Outdoor, Broadcast TV, Online Video, Interactive, and Experiential Advertising.  A panel of 50 creative directors and journalists judged more than 500 entries received from all around the globe.

In the experiential advertising award-winning Tundra Endeavour ad project, a stock 2012 Tundra CrewMax 4×4 equipped with a 5.7-liter iForce V8 hooks up the terrestrial-bound space ship and tows it to the California Science Center, where it shall remain.  The campaign included a series of videos, a Tweet drive, timeline, interactive shuttle tour, and a kids’ corner, all of which can be found at www.Toyota.com/TundraEndeavour. 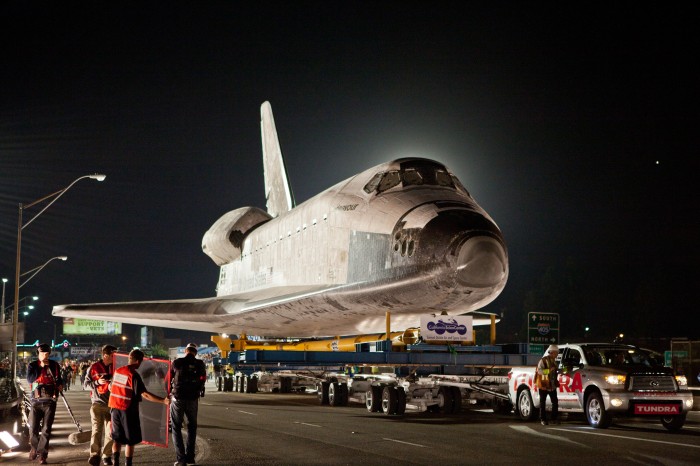