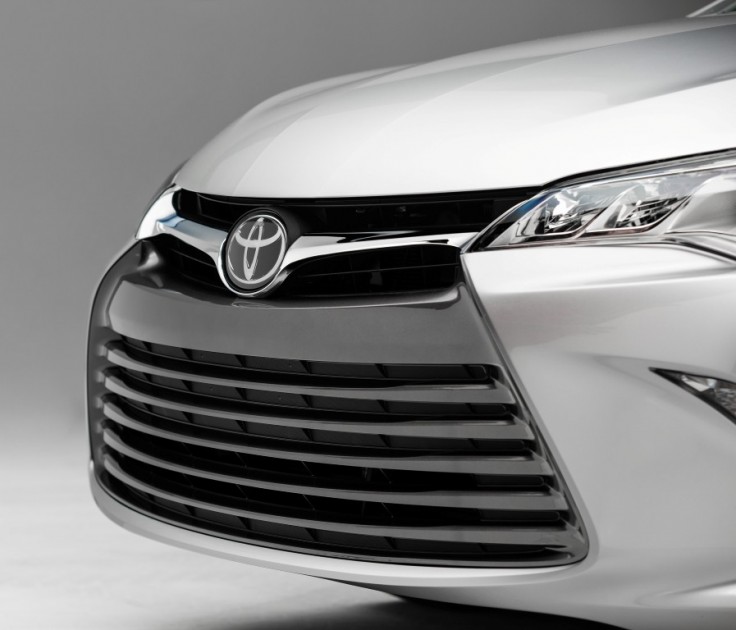 Don’t let the badge fool you

Last week, I talked about how the “Made in America Auto Index” released by the Kogod School of Business was misleading. I claimed this because the study implies the cars at the top of its index are more American-made, even though the study is (arguably) unfairly skewed toward domestic manufacturers because its actual goal is to find the models’ impact on the American economy.

Cars.com has now released its own American-Made Index (AMI), which “looks at cars on a model-by-model basis, not by manufacturer”—and lo and behold, Toyota and Honda are back at the top of the list because this time, automakers like Ford and GM aren’t getting bonus points simply because their headquarters are in the United States.

The Chevrolet Traverse, GMC Acadia, and Buick Enclave that tied for first in Kogod’s index are now ranked sixth, seventh, and eighth in Cars.com’s, respectively, after the Toyota Camry, Honda Accord, Toyota Sienna, Honda Odyssey, and Honda Pilot. This is the second year running that the Camry tops the AMI.

Still, Cars.com acknowledges that “there’s no easy way to determine just how American a car is,” though it does point out that, contradictory to what the Kogod index might imply, foreign-based automotive manufacturers contribute plenty to the American economy.

For instance, 3% of all foreign direct investment in the US comes from the auto industry (about $74 billion) and, critically, the Toyota Camry and the other Japanese models at the top of the AMI support far more assembly-plant jobs in the US than their GM-produced rivals. 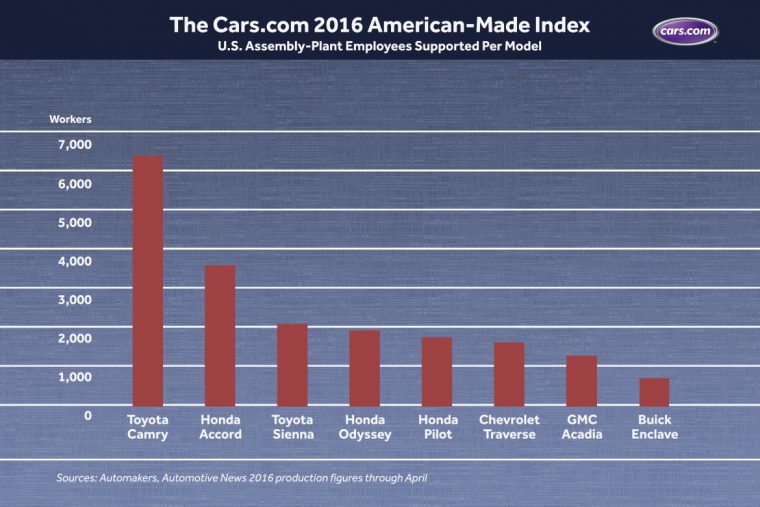 The Camry is way ahead when it comes to supporting assembly-line jobs.
Cars.com illustration by Paul Dolan

However, there are more than just assembly lines to consider. While automakers directly employ 322,000 American residents, another 521,000 are employed to build parts for the cars, and some 710,000 Americans are employed to sell and service the cars. The more factors you take into consideration, the more complicated things get.

Ultimately, there might be too many asterisks to add at the end of a statement like “The Toyota Camry is the most American-made car in the US,” but it would also be too hasty to dismiss cars built by foreign-based automakers for not being American enough because, clearly, they do plenty for Americans and the American economy.