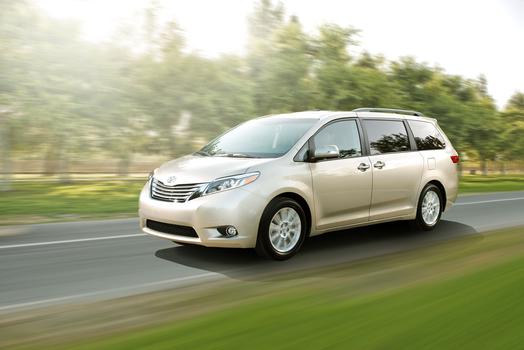 2014 was a pretty tough year when it came to auto safety, with more than 60.5 million vehicles being recalled between January 1st and December 23rd. Many of these recalls involved vehicles from years past, and automakers have come a long way since then in terms of safety features and technology. As proof, we only need to look at the number of vehicles named IIHS Top Safety Picks in for 2015—71 total, compared to just 39 for 2014. Among those 71 vehicles were seven Toyota models.

The Toyota Avalon and RAV4 were both named Top Safety Picks for 2015 by the independent crash testing nonprofit. Additionally, the Toyota Camry, Prius, Prius v, Highlander, and Sienna all received the top accolade of Top Safety Pick+. In order to qualify for the Top Safety Pick+ award, vehicles must score well in the difficult small overlap crash test. Out of all the vehicles tested, the Sienna was the only minivan to receive this designation, and the Prius v in particular was recognized for its significant improvement in this tricky test.

On top of the seven Toyota models, the IIHS also recognized two Scion and three Lexus models, bringing Toyota’s grand total of awards up to 12.

Dino Triantafyllos, Toyota’s North American Chief Quality Officer, commented, “At Toyota, our focus remains on the safety and peace of mind of our customers. We’re pleased the IIHS has recognized the strong and improved safety performance of our vehicles in a range of crash tests.”