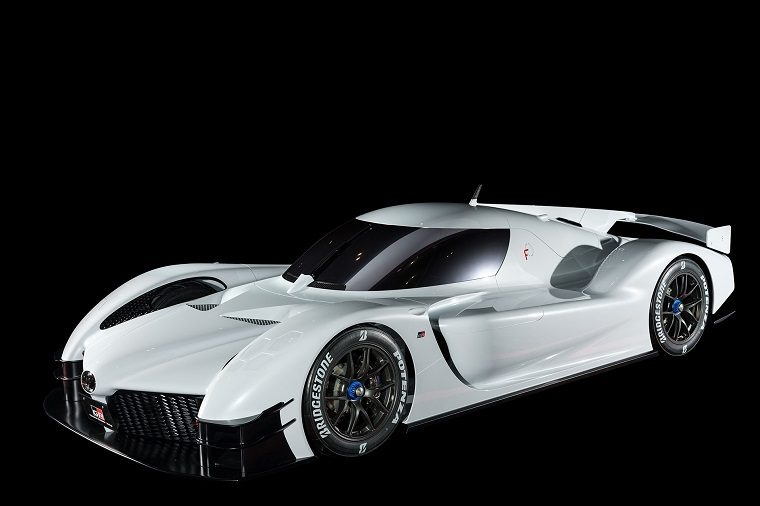 The car boasts a twin-turbocharged 2.4-liter V6 engine paired with a racing variant of the Toyota Hybrid System, which together put out 986 horsepower — it’s essentially the same powertrain you can find in the TS050 Hybrid.

That it produces 986 horsepower seems almost intentional given the significance of the number 86 for Toyota—not just because of the classic AE86 but now also because it was the 86th running of the 24 Hours of Le Mans that the automaker finally won yesterday.

But why would Toyota make a hypercar now? It once again ties back to the WEC, which has introduced a new set of rules for the competition’s top class for 2020 that will focus on design and require the cars to look more akin to race-prepped production hypercars — rather than to spaceships with no relevance to the car market whatsoever, as is currently the case.

“We started this project because we believe that creating a super sports car that delivers the same appeal as the TS050 Hybrid greatly adds to Toyota’s involvement in WEC,” said Shigeki Tomoyama, President of Toyota Gazoo Racing. “And at some point in the near future, customers will have a chance to get behind the wheel of this incredible machine and experience its astonishing power and driving performance.”

As a somewhat related note, Toyota engineer Tetsuya Tada also revealed the company was working on a kind of AI-rival app for customers who would buy the upcoming Toyota Supra or its GR-spec track variant. “Spearheaded by the Supra, we’ve been working with app developers to use driving data and artificial intelligence in simulations,” he said. “You could be driving your Supra on-track, but racing against a virtual Fernando Alonso in real-time.”