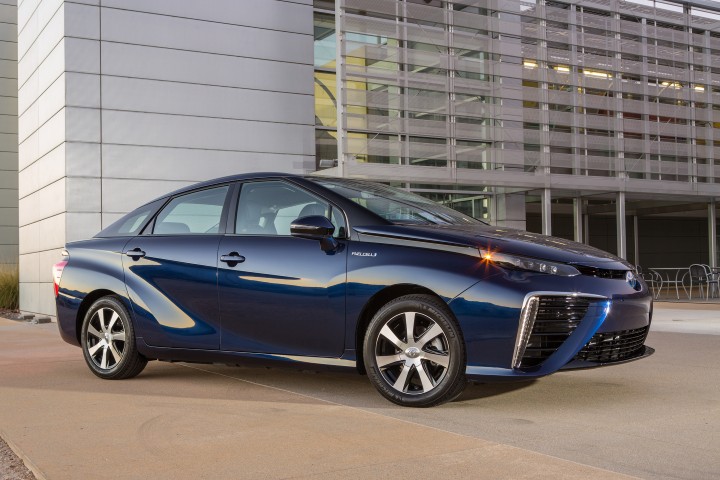 It’s less than a month now until the Toyota Mirai arrives at selected dealerships in California, and the Japanese automaker is all about showing off its first-ever production fuel-cell vehicle. Just last weekend, the Mirai was on display at the Excellence in Journalism Conference, which took place at the Orlando World Center Marriott in Florida from September 18th – 20th.

The Mirai was on display in the Center’s atrium, allowing conference-goers to check it out in person as they arrived. This was the only automotive interactive display, and allowed attendees to receive a personalized walk-through from a Mirai product specialist. Over the course of the weekend, the attendees learned a myriad of Mirai facts—like its EPA-estimated range (312 miles) and its estimated fuel economy (67 MPGe).

In addition to its display of the Mirai, Toyota sponsored the Hall of Fame Luncheon, during which Telemundo journalist and MSNBC host José Díaz-Balart was awarded the National Association of Hispanic Journalists (NAHJ) Presidential Award of Visibility.

“As a long-time supporter of the National Association of Hispanic Journalists, it gives us great pleasure to share with this wonderful group the latest in automotive innovation as we help facilitate discourse on how Latinos are adding their much-needed voices to the journalism landscape in this country,” stated Patricia Salas Pineda, group vice president of Toyota’s Hispanic Business Strategy Group.  “As the top-selling automotive brand in the Hispanic market for more than 10 years, we have a close relationship with the Hispanic community and NAHJ, and are pleased to be part of the conversation regarding diversity of ideas, voices and points of view in news reporting.”

The Mirai will be delivered to new owners in October via one of eight California dealerships.