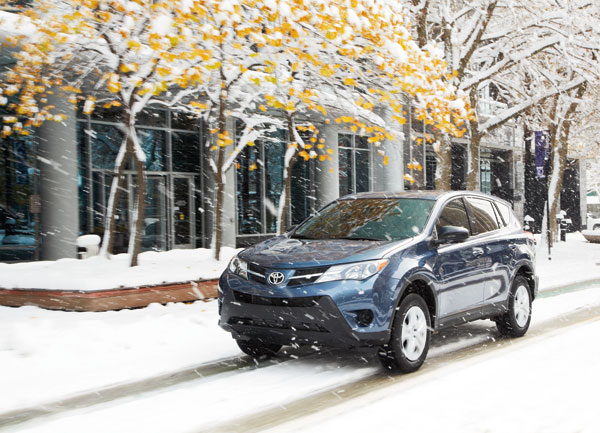 While Toyota Motor Sales has reported a 4.3 percent decrease in sales volume during the month of February, Toyota Division’s February sales were good enough to put them in the spot of the number one retail brand in automotive once again—despite a 5.8 percent decrease.

“February auto sales emerged from a chill in the second half of the month, poising the industry for a strong March,” said Bill Fay, Toyota division group vice president and general manager. “For Toyota, strong truck sales were a highlight this month, with RAV4 and Highlander posting best-ever February results.”

According to the sales chart provided by Toyota, the RAV4 (16,451 units) and Highlander (12,052 units) were the clear frontrunners in Toyota Division’s SUV sales. SUV sales were up 15.5 percent from both a daily sales rate (DSR) and raw volume perspective.

While Toyota Division’s February sales in the car segment were down 12.4 percent, the high sales marks of the Camry (28,998 units) and Corolla (25,299 units) were enough to help bolster Toyota’s number and put them atop the retail brand heap once again.

With industry-wide incentives expected for March, do you think that Toyota Division will reign as the number one retail brand once more this month? Leave us a comment and let us know what you think!

All the Details: 2014 Toyota Corolla Trims and Specs