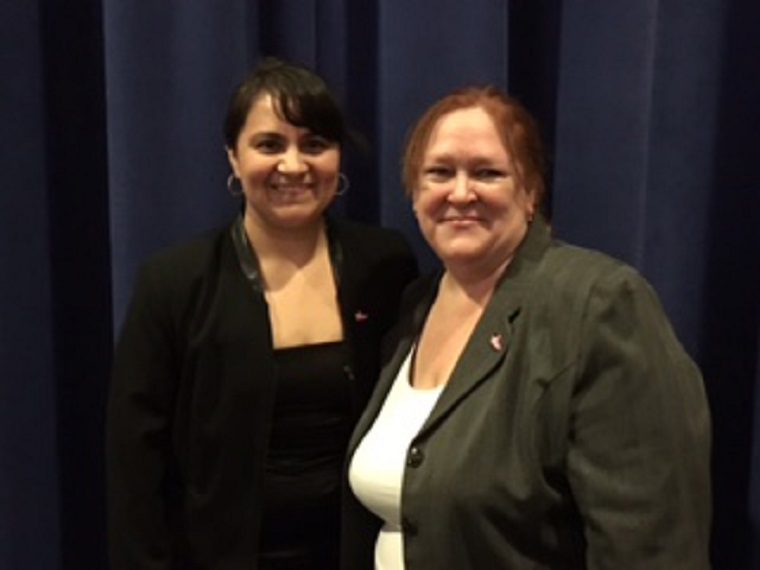 The Manufacturing Institute (TMI), an affiliate of the National Association of Manufacturers (NAM), recognized two women from Toyota among the 130 recipients of the 2017 Women in Manufacturing STEP Ahead Award.

The award, which was launched in 2012 as part of an initiative to examine and promote the role of women in manufacturing, honors women who have demonstrated leadership and excellence in STEP (Science, Technology, Engineering, and Production) careers.

“These women exemplify the path an exciting career in manufacturing can take,” said Heidi Alderman, 2017 Chair of STEP Ahead. “STEP Ahead recognizes women nationwide for their significant achievements to the field of manufacturing, and the positive impact on their companies and the industry as a whole.”

Though women make up about half of the labor force, they represent only about 27% of all manufacturing employees, and a recent survey by TMI and Deloitte found that 60% of skilled production positions are unfilled because of a talent shortage—caused in part by that underrepresentation.

“It’s inspiring to see the many achievements of women in our industry and at Toyota,” said Susan Elkington, 2014 STEP Ahead award honoree and senior vice president of Toyota’s vehicle plant in Georgetown, Kentucky. “These honorees represent the bright minds fueling our industry. Highlighting such accomplishments is important in changing the way talented young people, particularly women, look at manufacturing in the future.”