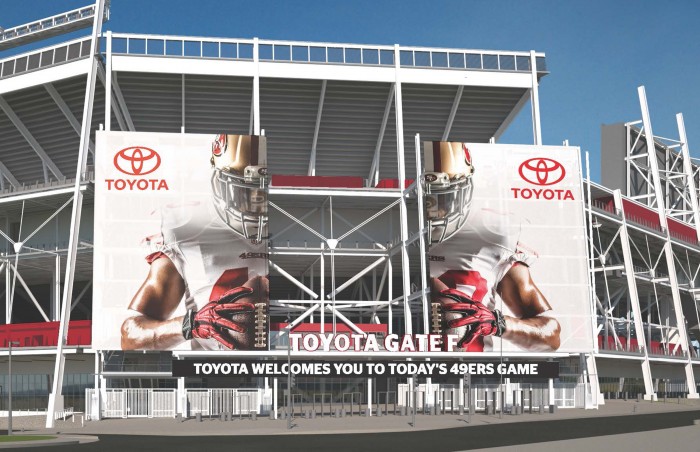 Californian drivers can’t get enough of Toyota hybrids, and now it looks like Californian sports fans will be seeing the Japanese automaker in more places than just on the roads. The Northern California Toyota Dealers Association recently announced a new partnership with the San Francisco 49ers, making the Japanese automaker the exclusive automotive partner not just of the team, but also of Levi’s Stadium, home of the top-rated NFL team.

The new partnership between Toyota and the 49ers, which will officially begin with the 2014 NFL season, is not all that surprising. As a pioneer of the hybrid car, Toyota has been embracing technology for decades, way before many of its automotive rivals. Likewise, Levi’s Stadium is a hub of modern technology, featuring everything from water-conserving plumbing features to photovoltaic panels designed to convert solar power into electricity in order to power the stadium. That the stadium is located in tech-savvy Silicon Valley is just icing on the solar-powered mechanical cake. 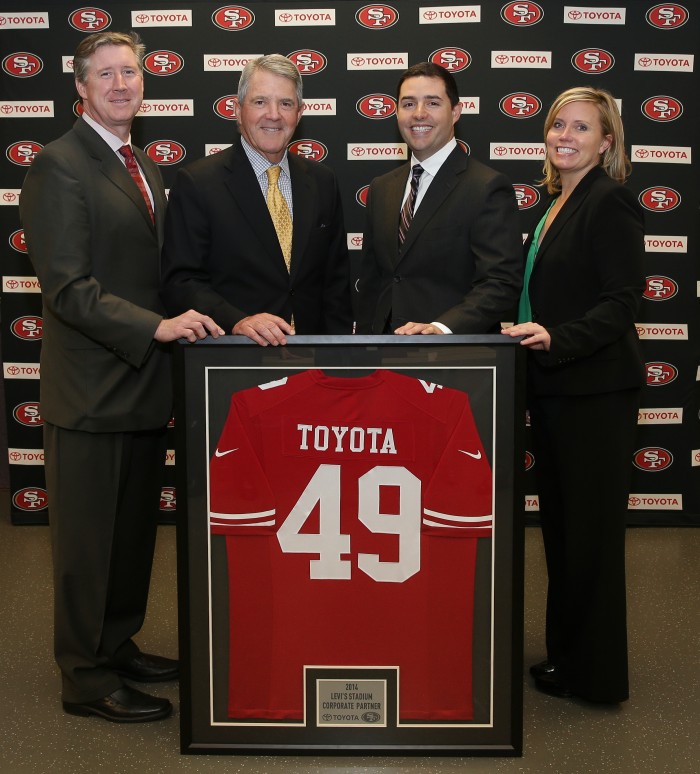 Toyota’s partnership with the 49ers will be apparent to fans heading to the stadium later this year. Levi’s Stadium’s Northeast Entrance Gate will become Toyota Plaza, featuring Toyota vehicles on display and plenty of signage about the automaker’s numerous vehicles. Inside the stadium, the Toyota Red Zone will activate whenever the 49ers’ offense is within the 20-yard line, appearing across the stadium’s in-bowl digital assets. As an official automotive partner, Toyota will also support the 49ers’ youth football campaign and green initiatives, as well as fan events and more.

“Toyota’s roots in innovation and sustainability run deep,” said Henry Hansel, president of Northern California Toyota Dealers Advertising Association. “Given the 49ers new home in Santa Clara combines cutting-edge technology that one would expect from Silicon Valley, with an eco-friendly focus uncharacteristic for an outdoor stadium, a partnership seemed like a natural fit for Toyota. Toyota will be behind the 49ers every step of the way as they focus on nabbing a sixth Super Bowl victory.”

So if you’re planning on heading to a 49ers game this year, keep an eye out for anything Toyota. We’re pretty sure you won’t be able to miss it.