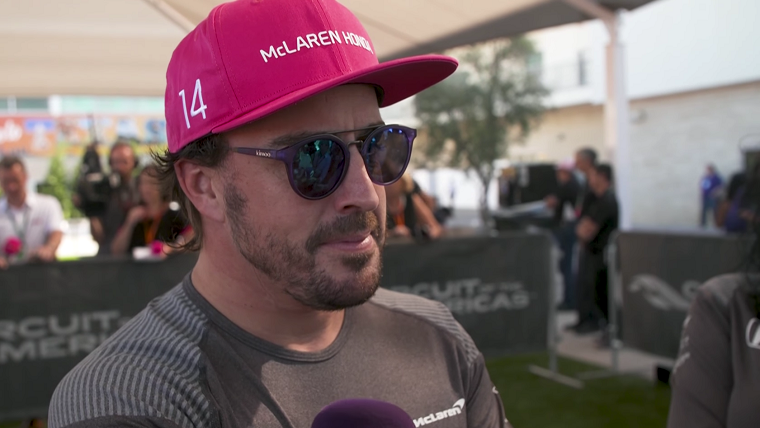 Toyota Gazoo Racing has confirmed that two-time Formula One world champion Fernando Alonso will race for the team throughout the 2018-2019 World Endurance Championship super season. The Spaniard will get behind the wheel of the #8 TS050 Hybrid LMP1 car alongside Sébastian Buemi and Kazuki Nakajima and, according to Gazoo Racing, “will compete in all rounds of the 2018-2019 season which do not conflict with his existing Formula 1 obligations.”

Theoretically, this should allow Alonso to compete in four of the five rounds of the WEC taking place in 2018. His participation at the season-opening 6 Hours of Spa in May has already been confirmed, after which will come the 24 Hours of Le Mans in June. He will not be able to compete in Toyota’s home race in Fuji because it will clash with the United States Grand Prix.

Better yet, Alonso will get two shots at Le Mans in a single season thanks to the WEC’s one-off decision to extend the next championship into 2019, creating a “super season.” This will allow the WEC to transition to a winter schedule with Le Mans appearing on the calendar as the final race of subsequent seasons rather than the second.

Should Alonso win either of the Le Mans races, which is highly possible given Toyota’s dominant position now that Porsche has left the sport, he will have ticked off two out of three boxes in his quest to earn the unofficial “Triple Crown of Motorsports.”

Anthony Davidson, who won five races in 2017 alongside Alonso’s new teammates, will be Toyota Gazoo Racing’s reserve and development driver and likely fill in for Alonso when the aforementioned Formula 1 obligations prevent him from competing in the WEC.

Car Maintenance: Everything you should know about engine oil