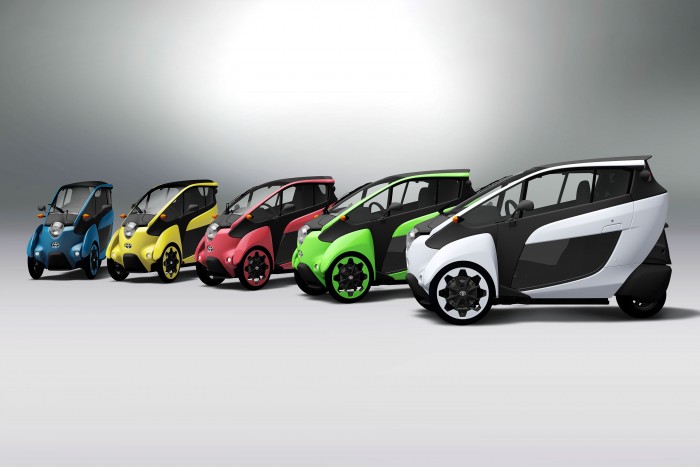 Toyota will be begin i-Road consumer trials in the Greater Tokyo Area. These limited trials, beginning today, March 24th, will run through early June of this year. The goal of the Toyota i-Road consumer trials is to determine the effectiveness of the electric vehicle in typical, everyday driving scenarios in urban centers, such as Tokyo.

The i-Road looks far less frightening than Toyota’s FV2 Concept and offers a unique riding experience. The urban commuter, while convenient like a motorcycle, provides the safety and comfort of a typical car. Based on the model demonstrated at last year’s Tokyo Motor Show, the i-Road involved in consumer trials will be offered in five different colors. It is also marked by “improved visibility, ease-of-use, and maneuverability,” according to Toyota’s press release.

The Toyota i-Road in consumer trials will be offered in 5 different colors.

Toyota i-Road consumer trials will run through June of this year.

The Toyota i-Road, shown here at the Chicago Auto Show

During the i-Road consumer trials, ten vehicles will be distributed among approximately 20 test participants. These participants will range from general citizens to industry experts. Toyota will collect feedback concerned with impact on destination choices, ease-of-use in urban locations, driving feel, and the all-important user satisfaction.