Toyota is Quietly Building a Racetrack in Texas 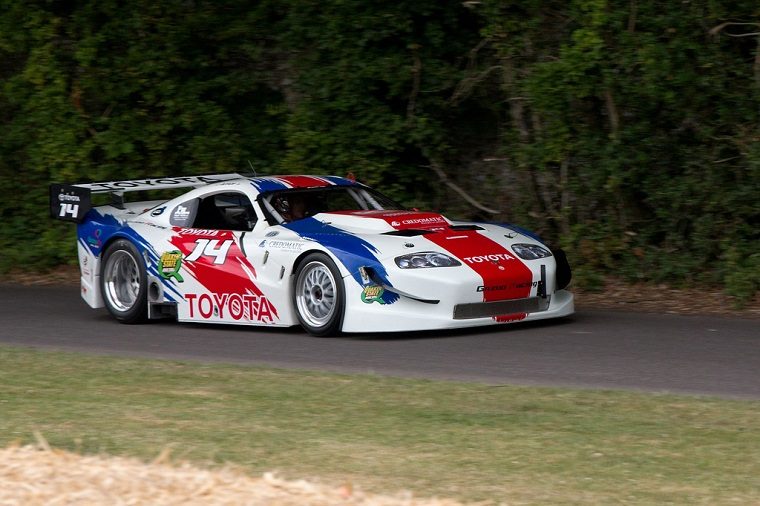 Given Toyota’s recent push toward more performance-oriented vehicles—see the redesigned Camry, the new Toyota 86, or the upcoming Supra and WRC-inspired Yaris hot hatch—it should come as no surprise to learn that Toyota has been quietly building a racetrack just outside Argyle, Texas.

Unfortunately, the racetrack isn’t public. It is instead part of a large, 75-acre patch of farmland that Toyota has been converting into a private corporate retreat, one of many it owns around the world according to Toyota spokesman Aaron Fowles.

“We have facilities like this all over the world,” he said. “It’s not going to be a ranch we have constant events at. We will have people that live on the property and take care of it.”

According to the Dallas News, the facilities include not just the racetrack but also a private auto museum, Japanese gardens, fishing ponds, and a Tudor-style mansion featuring a movie theater, elaborate wine cellar, resort-style swimming pool, large indoor entertainment areas, seven bedrooms, and 12 bathrooms. The property is valued at around $11 million, which Toyota has been buying in chunks for years.

Yes, that is a racetrack on a 75-acre spot near Dallas where @Toyota is building a corporate getaway @SteveBrownDMN https://t.co/97viSQvpLn pic.twitter.com/p2e5QGKdjf

Toyota says it picked the area because of its proximity to the company’s new North American headquarters in Plano as well as to the DFW International Airport. The locals don’t seem to mind—in fact, quite the opposite, as some of the neighbors have stated they would rather see a Toyota executive retreat than yet another high-density home subdivision like the many that have popped up in Denton County.

“I’d rather have that than 300 homes,” said Jim Mueller, who owns Hilltop Kennels just east of the ranch. “We live right across the street from it and there was a big hullabaloo when it was proposed. People were worried about the noise but I haven’t heard much. We don’t even know it’s there.”

While Toyota’s execs are sure to love lapping around the track during their retreats, one wonders if Toyota won’t also use the track for the occasional performance car tests. After all, it would be a shame to have your very own private track and not use it to see how the next-generation Toyota Supra holds up…