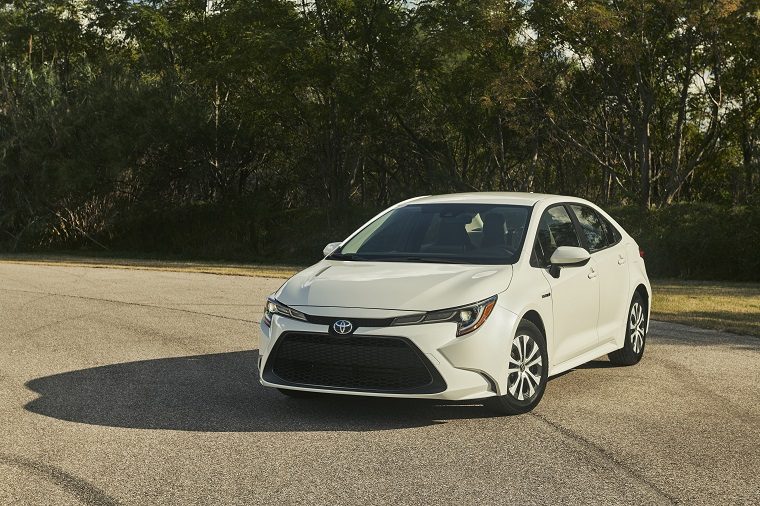 The 2020 Toyota Corolla has just been unveiled at the 2018 Los Angeles Auto Show, the first-ever Corolla to be offered with a hybrid variant.

Given that the regular Corolla is the best-selling car in the world and has been around for more than 50 years, and that Toyota is pretty much the authority in hybrid powertrains, it’s almost a surprise it didn’t happen sooner.

The Corolla Hybrid uses the latest Toyota Hybrid Synergy Drive powertrain, the same that underpins the new-generation Prius. It features a 1.8-liter four-cylinder gasoline engine working in tandem with two electric motors and a CVT automatic.

It’s rated at 121 horsepower and uses a new battery technology that Toyota calls “Hyper-Prime Nickel,” which essentially allows the battery to be smaller and lighter without compromising performance. This allows it to be packaged under the rear seat rather than in the trunk, which has a number of benefits.

The obvious one is increased trunk space. Another is better handling, as the new location of the battery also lowers the center of gravity. Finally, it allows the rear seatback to fold 60/40 to enhance cargo capability even further.

Toyota hasn’t yet said how efficient the Corolla Hybrid will be, exactly, but it did reveal a lot of the other stuff you can expect. For instance, it’ll come standard with the company’s new Entune 3.0 infotainment system, which includes an 8-inch touchscreen, Apple CarPlay and Alex compatibility, and voice recognition.

Also standard — on the Corolla Hybrid as well as the regular Corolla — will be Toyota Safety Sense 2.0, the next-generation suite of active safety technologies that will come with various upgrades and enhancements to the current system, as well as brand new semi-autonomous features like automatic lane keeping and full-speed, dynamic cruise control.