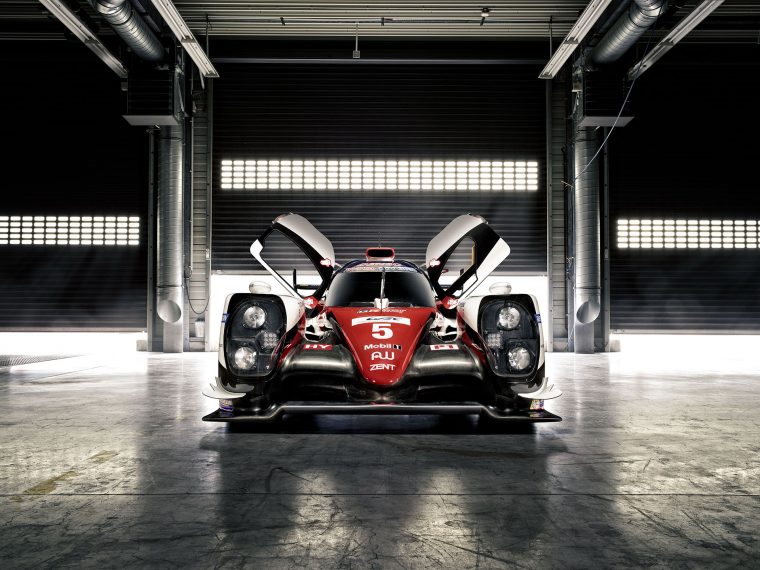 With Audi and now Porsche out of the World Endurance Championship’s LMP1 class, Toyota finds itself in a curious position as the only manufacturer in the competition’s top class using hybrid technology.

Though the LMP1 class has experienced a surge of privateer entrants for the 2018/19 super season, they have only a fraction of the budget and experience of Toyota, making it likely the Japanese carmaker will finally get the much-coveted Le Mans trophy it came so achingly close to winning in 2016.

But the FIA and ACO, the WEC’s two governing bodies, have altered the regulations for the privateer subclass to help them compete with the hybrid Toyota TS050 on equal footing.

After the most recent LMP1 test at the Paul Ricard circuit, Stéphane Sarrazin—previously a Toyota driver now racing for the SMP Racing privateer team—said his former outfit was playing mind games to figure out just how fast the competition really was.

Toyota’s two hybrid LMP1 cars finished the tests having set lap times more than four seconds faster than the best non-hybrid car, but admitted later these had been set while running outside the WEC’s Equivalence of Technology (EoT) rules that help keep the cars on an equal performance level during qualifying and race sessions.

Pit Stop: When to stop for new tires

Sarrazin believes Toyota did this to push the privateer teams to speed up and show their hand, thus providing Toyota with a better understanding of their true pace.

“They wanted to lure us in and shock us, so we were forced to speed up,” Sarrazin told Autosport. “I know the team pretty well. I can tell you that Pascal [Vasselon, Toyota technical director] likes to play such little games.”

Vasselon denied the allegations, stating that Toyota had run outside of the EoT to stress-test its new cooling system, as the ambient temperature on the track was not as hot as the team had expected.

What’s more, Toyota may have been trying to force the privateer teams’ hands for the sake of the EoT, whose purpose is to level the playing field among the teams in order to make the competition as close and entertaining to viewers as possible. In past years, teams have done their best to hide their true performance before the start of the season to avoid strong EoT limitations. Ford in particular was accused of doing this in 2016 to gain an unfair advantage.

When asked about the EoT, Vasselon seemed confident the FIA and ACO would get it right. “It’s an extremely difficult topic because you have to take into account a huge list of parameters. With what has happened over these two days, they [the ACO and the FIA] have all the data to make a conclusion. We fully trust what will happen.”