Toyota Prius v is the Only Car with Good Headlights, IIHS Finds 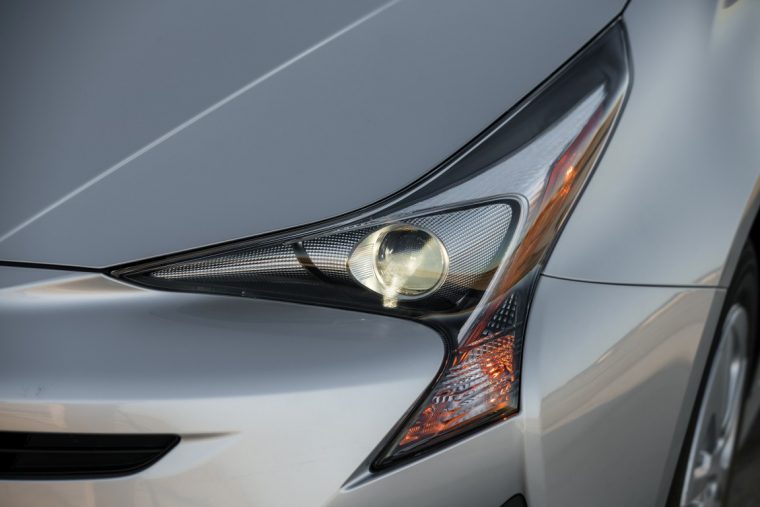 Ever find yourself struggling to see down the road at night, even though you’re behind the wheel of a brand new car? You’re not alone. The NHTSA and IIHS test all sorts of things to determine vehicle safety—including how they perform in frontal collisions, rollovers, and side crashes, as well as quality of their crash prevention systems—but one thing that doesn’t affect their safety ratings is how well the headlights work.

Fortunately, the IIHS is trying to change that and this year tested the headlights on 21 small SUVs and 31 midsize cars. Unfortunately, only one out of all 52 vehicles was rated as “good” for headlight visibility: the 2016 Toyota Prius v.

Some vehicle headlights were rated as “acceptable” and others as “marginal,” but the majority fell into the “poor” category. Next year, these shortcomings will start hurting vehicle ratings in IIHS tests, but not in the federal NHTSA assessments.

According to Adrian Lund, president of the IIHS, many headlights performed poorly because they were not aimed well. “It’s not that the lamps are poorly designed, but if you don’t aim them well they will look bad,” he said. “Getting aim right isn’t easy; being off by a tenth of a degree can matter.”

Unfortunately, there is no federal standard for how headlights should be aimed once they are out of the laboratory and installed on a vehicle. Another problem is that the same headlights can perform very differently depending on the vehicle upon which it is mounted—high on a pickup truck or low on a sports car, for example.

By making headlight visibility become a requirement to earn its coveted Top Safety Pick+ designation, which automakers often use to advertise their cars, the IIHS is hoping to push the industry toward improvement. However, it may be years before the NHTSA catches up.

Let’s hope the manufacturers aren’t as slow as the government.