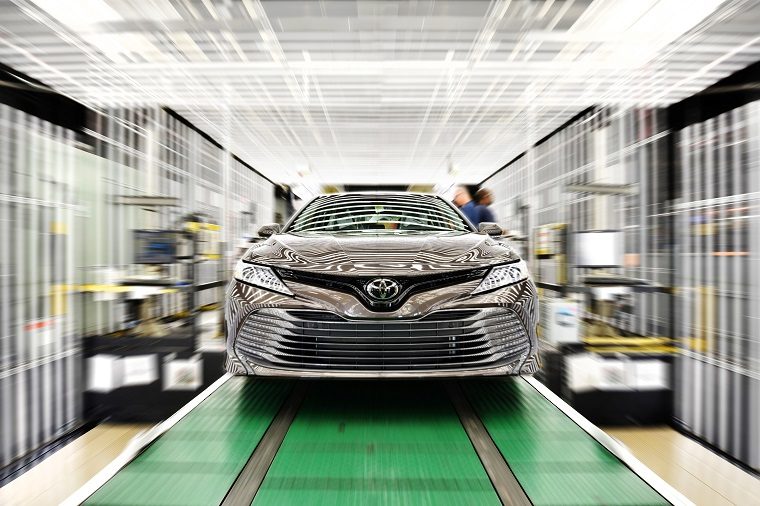 If you’re worried that auto manufacturers are taking jobs overseas, don’t be. In 2018 alone, Toyota built 1.935 million vehicles at its North American vehicle assembly plants, reaching a total tally of more than 38 million since the company first began building here.

“Toyota’s philosophy is to build where we sell and buy where we build,” said the automaker, which already operates 10 manufacturing plants in the United States and is working to open a new one with Mazda in Huntsville, Alabama, in 2021.

Throughout 2018, Toyota continued to upgrade its plants. Five of the aforementioned 10 made modifications to accommodate hybrid powertrains, and plants in Alabama and Indiana implemented the Toyota New Global Architecture. Meanwhile, Kentucky is getting ready for a $1.33 billion TNGA upgrade and brand-new paint shop.

Across its 14 manufacturing plants in North America, Toyota produces 13 models including the best-selling RAV4 and Camry, and directly employs more than 47,000 people.

“Every part and every vehicle that rolls off the line reflects our commitment to safety, quality, value and, above all, our passion for exceeding customer expectations,” said Chris Reynolds, chief administrative officer, Manufacturing and Corporate Resources, Toyota Motor North America. “Our ongoing success is due to the hard work and dedication of team members at our 14 manufacturing plants in North America.”

Driving School: Where should your teenager learn to drive?