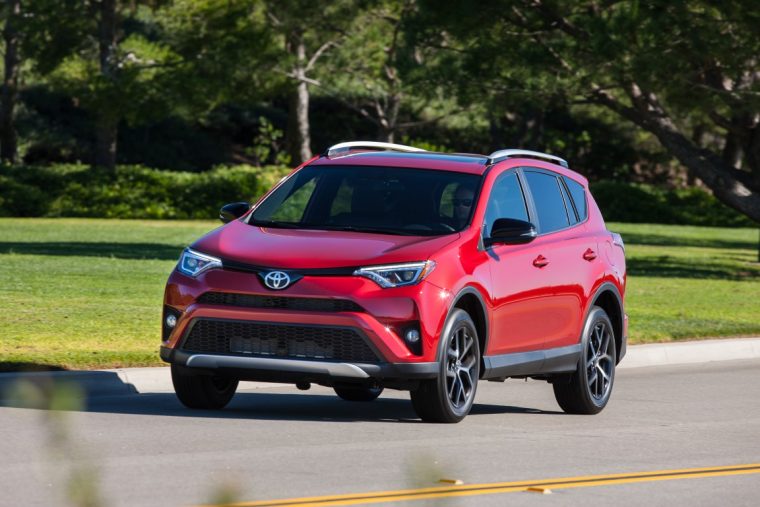 According to the J.D. Power 2016 U.S. Automotive Performance, Execution and Layout (APEAL) Study that was released yesterday, Toyota RAV4 customers are the happiest among compact SUV owners, more so than owners of the Ford Escape, Mazda CX-5, and Honda CR-V.

The study attempted to find how satisfied owners were with their vehicles by measuring their “emotional attachment and level of excitement across 77 attributes.” These attributes include everything from the sensation of luxury behind the wheel to the power you feel when stepping on the gas.

Toyota is sure to consider the RAV4’s performance a big win because compact SUVs are the most popular automotive segment in America and because the Honda CR-V, which has been neck-and-neck with the RAV4 in sales, didn’t even finish in the top three in the category.

However, the Toyota brand itself was only a couple of points above the industry average for non-premium vehicles. The latter result could be explained by J.D. Power’s finding that automakers’ scores consistently improve when they launch many new vehicles; outside of a handful of sedans, just about every offering in Toyota’s lineup could be said to be overdue for a significant refresh.

The study also found that factory-installed navigation systems continued to hurt vehicle satisfaction scores but that infotainment systems had made major gains (possibly thanks to Apple CarPlay and Android Auto).

Even more notable was that vehicles equipped with blind spot monitoring and low-speed collision avoidance scored significantly higher than vehicle that didn’t—so it’s perhaps no surprise that both are offered with the Toyota RAV4 as part of the new Toyota Safety Sense™ P package.