The recalls have been piling up all year long (cough, GM, cough). But The General isn’t the only automaker to recall vehicles this year. Toyota has recalled a fair share of vehicles itself this year (although not on the same scale of GM) and is now recalling almost 133,000 Tundra trucks due to an improperly installed upper tab of the B-pillar interior trim. 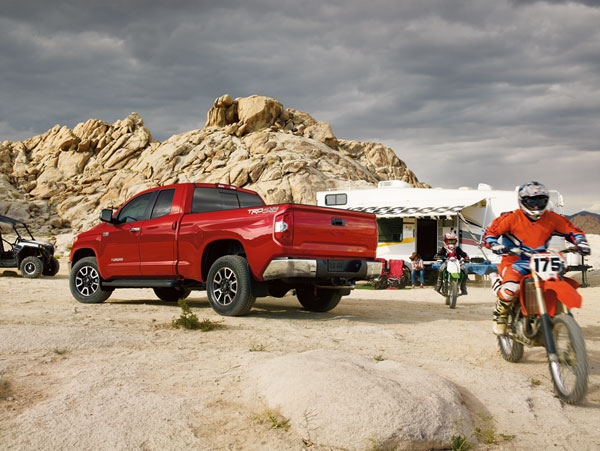 The exact number of trucks involved in this recall is 132,624. The affected Tundras are from the 2014 model year, and were manufactured between July 29, 2013 and August 22, 2014. The trucks in question are CrewMax and Double Cab, and the recall will officially start on September 30, 2014. The problem with the upper tab being improperly installed is that the Curtain-Shield Airbags (CSA) may not deploy when the vehicle is involved in a collision.

Toyota will begin notifying customers at the end of this month. Those affected will be able to take their trucks to their nearest dealership, free of charge, to have the B-pillar interior trim inspected, and replaced if not installed correctly. Find out more by calling Toyota customer service at 1-800-331-4331 and referring to NHTSA campaign number 14V556000.