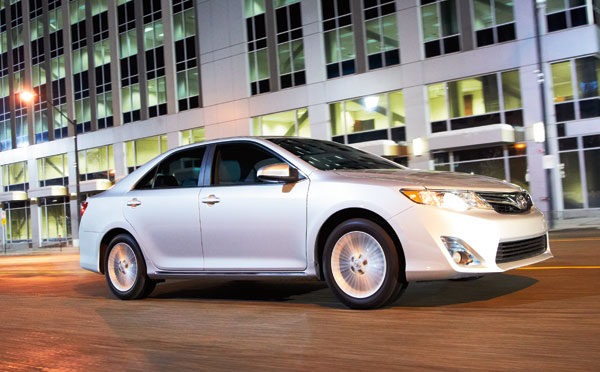 Apparently, Toyota wasn’t cool with General Motors hogging the recall spotlight anymore. The automaker was already in a close second for “Wow, sucks to be that car company right now” after their $1.2 billion payout last month following an unintended acceleration issue , but as Toyota recalls 6.4 million vehicles around the world for various defects, it makes a convincing bid for first place.

While the National Highway Traffic Safety Administration (NHTSA) has not yet posted this recall, reports are saying that 6.39 vehicles will be recalled worldwide, including 2.34 million in United States, for five different defects, none of which have been linked to deaths, although two fires have been connected to a defective starter.

What’s most frustrating about this recall is that we have absolutely no clue which specific cars are being recalled. The vague information we have collected so far is that 27 Toyota models are up in the air, as well as the Pontiac Vibe (based on the Matrix) and the Subaru Trezia (based on the Viz). The 27 Toyota vehicles include the Camry, Corolla, Fortuner, Hilux, Innova, Land Cruiser Prado, Matrix, Reiz, Tacoma, Viz, and Yaris, and it could be models manufactured between April 2004 and August 2013. That’s a big window there, Toyota, but who needs specifics when we’re just calling into question the safety of a 2,000+ lb object barreling down the freeway with human lives strapped inside, am I right?

UPDATE: The specific models affected have been announced.

According to Automotive News, the five defects responsible for this recall include the following: