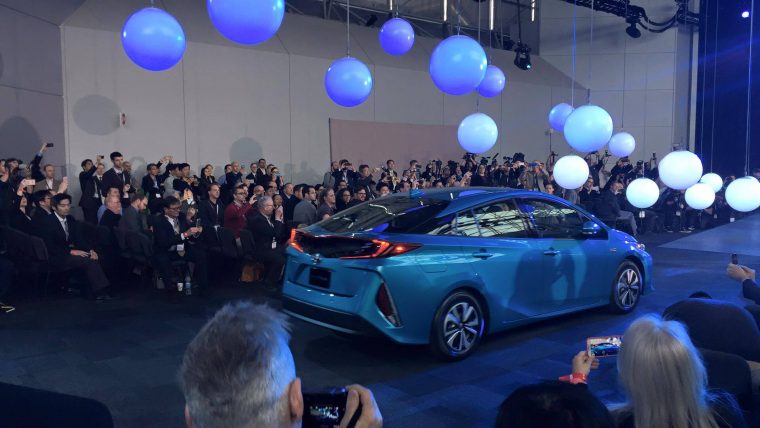 Last month, at the New York International Auto Show (NYIAS), Toyota unveiled the second-generation Prius plug-in model, now dubbed the Prius Prime. Along with its new moniker came a huge number of improvements, both in efficiency and styling—and it was largely thanks to the feedback Toyota received from first-gen Prius plug-in drivers.

In an interview with AutoblogGreen, Toyota brand manager for advanced technology vehicles, Nathan Kokes, explained just how far the team went in order to research customer perception of the original Prius plug-in. “We continually pay attention to blog posts. We look at Prius Chat. We also do a lot of customer research and focus groups, etc,” Kokes explained. “We hear consistently how people use the vehicle in everyday situations.”

One of the biggest gripes with the first-gen plug-in hybrid was its limited range of just 11 miles. “For some people, 11 [miles] was just fine. They were like, ‘Okay, I have a five, six mile commute, I can make it almost there and back.’ With workplace charging, it was a piece of cake. But for others, it wasn’t enough,” commented Kokes.

With the new Prius Prime, that range has doubled to 22 miles. While still not as impressive as some of its competitors, that number makes the Prius Prime a much more viable option for more drivers. Toyota estimates that the Prius Prime will get an estimated 120 MPGe, though no announcement has been made yet about hybrid mpg. Toyota wants to keep that number at least the same as the regular Prius hybrid, which just entered its fourth generation with an EPA-estimated 52 mpg combined.

Other improvements include a top all-electric speed of 84 mpg (compared to 62 mpg in the previous-gen), and default EV mode. The latter was introduced because, according to Kokes, “A lot of people want only the EV experience, so we made this an option.” This is interesting to hear, since Toyota previously said it didn’t see a future in EVs and would instead concentrate on hydrogen-powered cars like the Mirai. However, when asked if an EV might be in Toyota’s future, Kokes responded that he “Can’t comment on future plans, but yeah. Absolutely.”

Toyota’s previous experience with EVs is limited to the now-extinct RAV4 EV, which was discontinued in 2014 after just two years in production due to disappointing sales. This all-electric crossover was the result of a deal with Tesla. The American EV manufacturer provided Toyota with batteries and motors for the vehicle, but sales never really took off. If and when Toyota decides to reenter the EV market, hopefully it’ll be a more successful venture than previously.