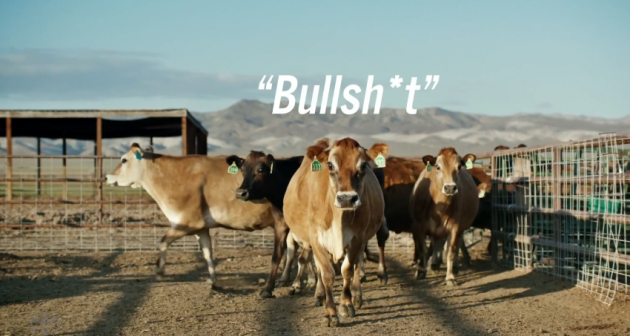 It’s generally not a good thing if someone suggests that you are full of cow excrement. As part of its “Fueled by Everything” video series, Toyota and filmmaker Morgan Spurlock are more than happy to make the insinuation that the hydrogen fuel cell electric Mirai is “Fueled by Bullsh*t.”

How did Toyota come to this particular conclusion? Quite simply: the three-minute piece covers how cow manure becomes an integral tool in creating hydrogen that is used in fueling Toyota’s futuristic Mirai.

“This project gave us the opportunity to dive into a world that most people don’t understand but has the potential to change our world,” said Spurlock.  “Witnessing manure, something most of us view as being pretty disposable, being transformed into hydrogen fuel to power a car was pretty remarkable.  I think this short film is pretty compelling evidence of what could be possible in the years ahead.”

More entries in the “Fueled by Everything” campaign will be released over time at toyota.com/mirai/fueledbyeverything. The Mirai is expected to launch in California sometime later in 2015.

“We’re putting hydrogen in the spotlight for its exciting potential as a renewable fuel source,” said Bob Carter, senior vice president, automotive operations, Toyota Motor Sales, U.S.A., Inc. “This is the beginning of the road for hydrogen, but we see the potential and we’re making a long-term investment in the future.”