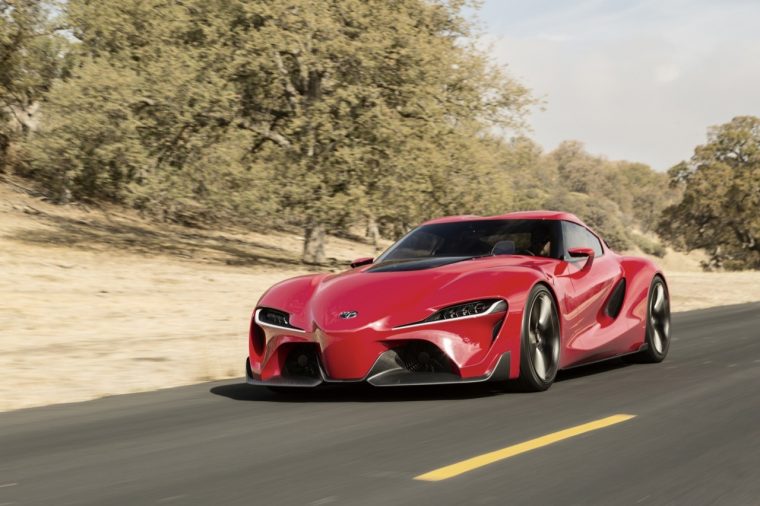 But after years of waiting and speculation, we can finally say that a new successor to the Toyota Supra will finally arrive in 2018, likely as a 2019 model. It will be offered above the Scion FR-S/Toyota 86 in the Japanese automaker’s lineup, and under the hood—well, there have been a lot of rumors on that front.

The most common theory is that the Supra will boast an all-wheel-drive hybrid powertrain that uses a supercapacitor to hold energy. That seems a bit odd because “hybrid” and “all-wheel-drive” aren’t exactly terms that fans associate with the Supra; nonetheless, BMW would supposedly provide the straight-six turbo engine, which makes the theory more plausible because the two automakers are known to be working together on the project and both have a fair deal of experience with turbo I6s—even the old Supra was powered by one.

Unless, of course, Toyota didn’t want to put an I6 in the Supra but rather a V6—which, according to Mag-X, is what the automaker is already hard at work on developing for the all-new fifth-generation Lexus GS, which happens to be due for launch at right around the same time as the Supra. The engine is a 3.0-liter twin-turbo V6, its internal code is 943F, and it allegedly produces 325 lb-ft of torque and more than 400 horsepower, which match the estimated figures we’ve previously heard about the upcoming sports car.

Still, at this point there’s no way to know what the Supra really holds in store for us, but we wouldn’t be all that surprised if, when Toyota finally makes the announcement, it turns out to have a turbocharged V6 hybrid powertrain with supercapacitors.

Let’s hope Toyota does the right thing and sticks to rear-wheel-drive, though.