Toyota Tacoma Dominates Segment, but Could Run into Production Problems 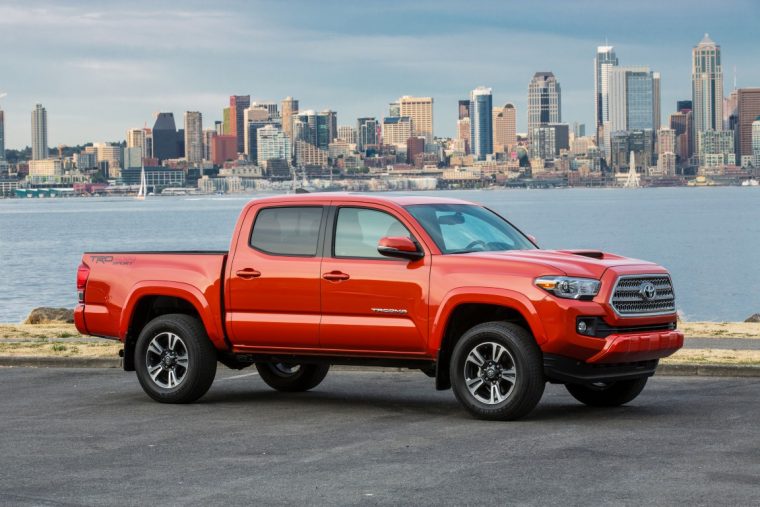 The Toyota Tacoma is the best-selling midsize pickup truck in the country. In 2015, it led the segment with 179,562 sales, nearly a whole 100,000 ahead of its closest competitor, the Chevrolet Colorado.

So far this year, the Tacoma is still ahead. It sold 111,615 units between January and July 2016, compared to 60,422 for the Colorado and 20,894 for the identical GMC Canyon—meaning that even if you combine their figures, the Tacoma nevertheless comes out on top.

However, the truck is reaching a plateau—not because customers don’t want it, but because demand is so high that manufacturing plants that build it are already squeezing out as many as they can.

Get Ready: A Toyota Supra successor is finally in the works

The San Antonio plant was put on an alternative work schedule that includes a Saturday shift and allows it to pump out more than 250,000 trucks a year (including the Tundra) up from its regular-time capacity of 200,000. According to Mike Sweers, Toyota’s chief pickup engineer, build time for the trucks has already been reduced so much that the machines can’t go much faster, and it would require a significant investment to increase production even further.

Even if they did, that might not solve it. “That equipment can’t operate any faster than it is operating,” he said. “So at that point, then it becomes investment, and you have to weigh: ‘If I change that, then what’s the next bottleneck in the plant?’”

He is, of course, referring to the 23 suppliers housed at Toyota’s industrial park in San Antonio, who might not be able to keep up if Toyota boosted the production rhythm once again.

Still, Toyota may have to seek a solution should the Colorado finally catch up. Fortunately for the Japanese automaker, it doesn’t look as though that’s going to happen any time soon.

Uh Oh! A dashboard light came on – what does it mean?