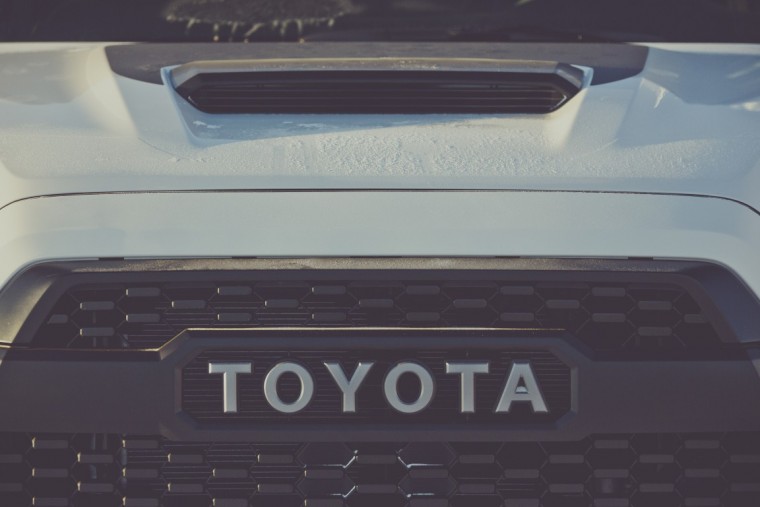 The Windy City is about to become overrun with car enthusiasts from across the country, and even the world. The Chicago Auto Show kicks off its press days tomorrow, and promises plenty of excitement from the hottest names in the automotive industry. One of these names, Toyota, just released a teaser image of a new vehicle that will make its world debut during the automaker’s press conference tomorrow.

Is it a Tacoma? Learn more about the recently redesigned truck

Like most Toyota teaser images, this one is pretty vague. However, we can assume from the vehicle’s grille that it is a new model of the popular Tacoma truck, which was redesigned for the 2016 model year. The image shows the grille of a vehicle which we presume is a Tacoma, but with retro TOYOTA badging rather than that found on the current Tacoma. The vehicle also boasts a hood scoop, suggesting that this is a performance-oriented truck. In fact, the hood scoop and badging is reminiscent of that found on the TRD versions of the Tundra and 4Runner, as well as the previous-generation Tacoma.

The 2016 Tacoma already offers TRD Sport and TRD Off-Road models, so it’s possible this is a third TRD model—perhaps a limited-edition version. Only time will tell, though, and we will have to wait until tomorrow for the big reveal to see exactly what the Japanese automaker has up its sleeve.

What’s That Part? Get the lowdown on the parts that make your car tick